I’m working on a website for a real estate company here in Georgia because I have run out of money for the round the world bicycle trip. 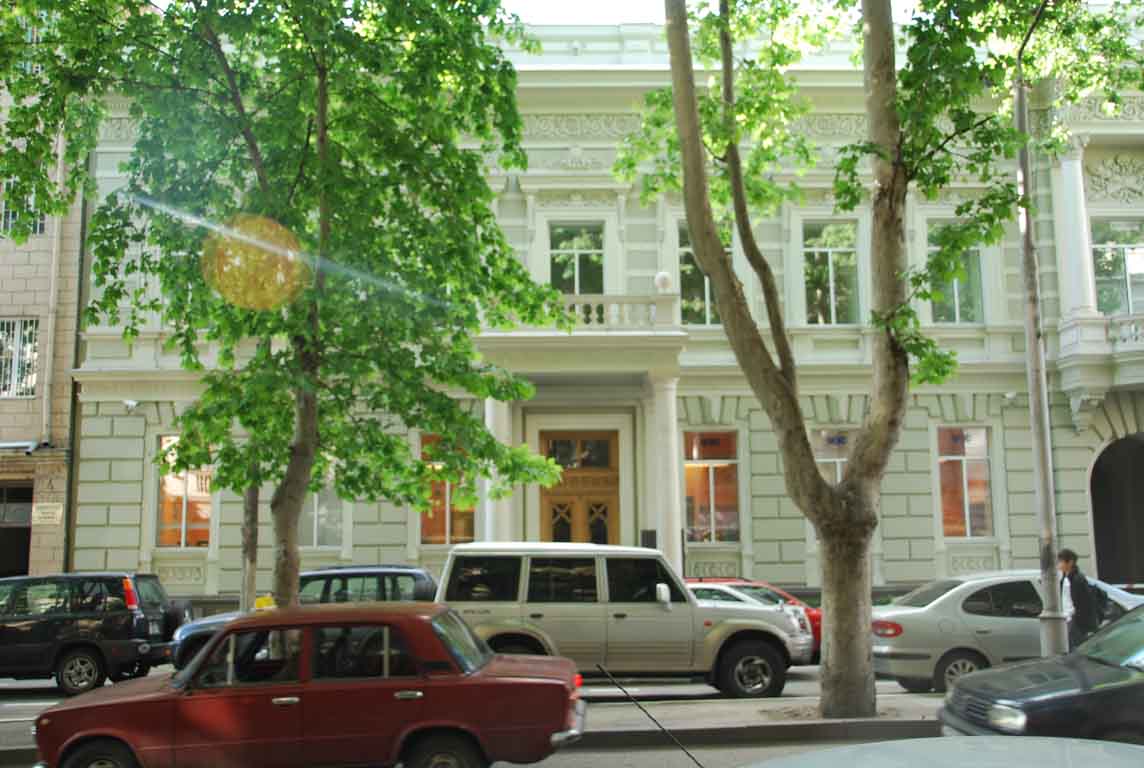 I’m living with a Dutch architect and an English real estate company director called Richard. It’s a nice novelty to live with an English (as my French girlfriend Fanny would call us), but we’re just so bloody English… The architect has a dream to cycle round the world, so it’s nice to have something in common. 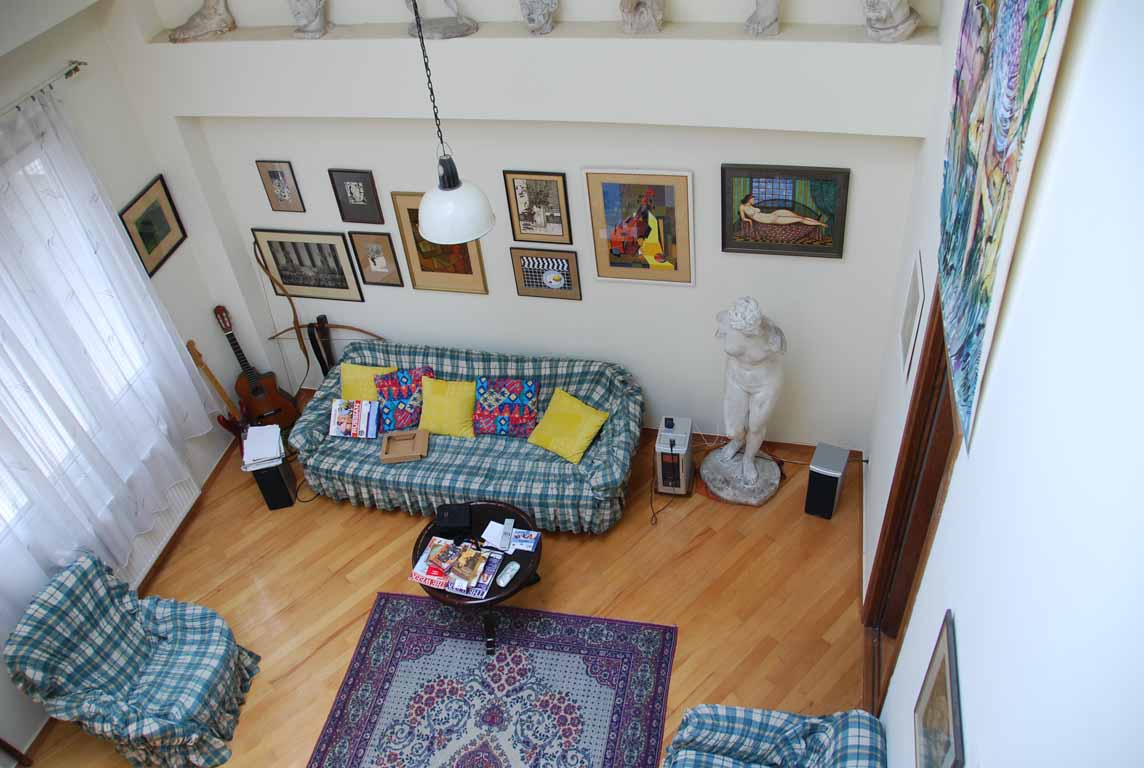 I was given a book by a journalist I met from Moscow visiting his friends in Tbilisi about a month ago (before I met the architect - he’s read the book). It’s called ‘The Fountainhead’ and it’s based on the architect, Frank Lloyd Wright. I studied him during A-Level art at school and I also did a piece of artwork based on one of his buildings.

One of Frank Lloyd Wright’s quotes is:

I believe in God, but I spell it Nature.

It holds significance for me. having been, on many occasion, on this trip, in the raw presence of, the awe-inspiring beauty of nature.

Something else that keeps surprising me is all the chance occurrences and meetings that keep happening. In Chaos theory there is a concept called a strange attractor which I feel is similar to this phenomenon. I think it is because we have somehow disrupted the universe with our deliberate focus and energy on an overall goal to cycle round the world. It has created a kind of magnetic affect that has opened doors and hearts.

The time I’ve spent over the last month has been a continually mind expanding experience. I’ve been spending so much time sitting at a computer recently which is in stark contrast to being on the road, but it is necessary to earn money. If you do the same thing everyday, the days seems to blur together. However, the architect interestingly said to me the other day

Who says life is about memories?

I’m looking forward to being able to concentrate on just my trip and get away from all the distractions. In some ways everything has gone full circle since we left last year. Every day is a learning process. Days seem to fly by doing similar things, at least in the physical world. Mentally there are relationships to content with, plans to make and learning to do. I’ve sung in two more Georgian singing concerts. One in the stunning Pankisi Gorge and one at the new concert stage in Vake Park. 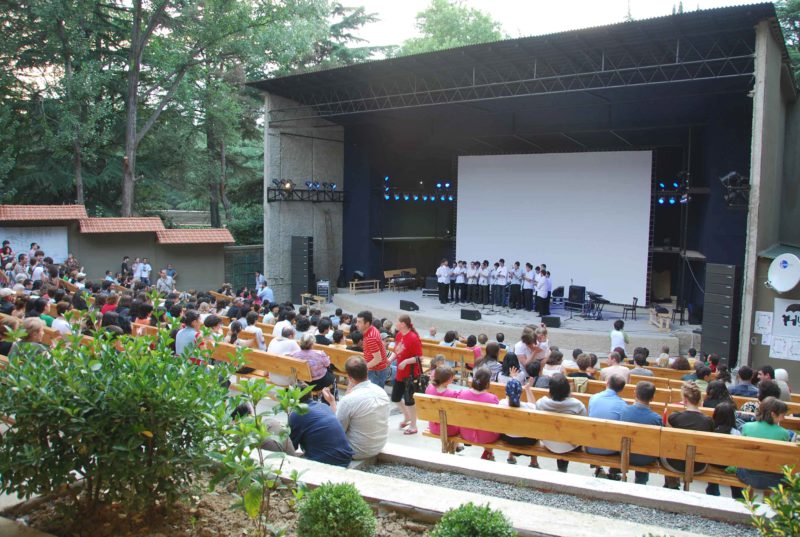 The situation with visas for China and Iran seems pretty terrible for Western Europeans. I’m hoping, tentatively, to be able to get an Iran visa. I would still like to go to China if the visa situation is relaxed after the Olympics has finished. I met a French couple who came from Bordeaux on bikes and arrived in Tbilisi last week. It was depressing to have to tell them that Tom waited 10 weeks for his Iran visa, then didn’t get one, without even an explanation.

I’ve also been looking into a route through Pakistan and India, which is what we originally planned to do. For me it holds a lot of intrigue. I was doing a lot of deliberation about my route, but really it boils down to the need to take action, whatever that is. So that’s what I’m going to do.

I’m missing my bike. I’ve had another mechanical problem with it, which I’m having to sort out. However, it could have happened in the middle of a blistering desert somewhere. I’ll get it fixed and get ready.

I’ve been in contact with my former university lecturers in the Environment Department at York University about how we can improve our mission to observe and document climate change. When I leave, I will be concentrating on this.

I’m determined to continue to film and improve the filming. It’s very important to me, because it means the trip is imprinted in my mind and the minds of others, rather than fading in my memories and being lost in translation in my writing and other documenting.

Some things have distilled my lust for the cycling lifestyle. I’ve started to resent being in this city, which is good for my motivation.

Thinking back to one of the first blogs I wrote when I arrived in Tbilisi, I’ve started to become more aware of my situation. It is a kind of ‘Naked Lunch’, in the sense that, I’ve been busy enjoying myself, but other things have bubbled up and started to feel more important.

I’ve had my eye on Alistair Humphrey’s blog and his and Ben’s Saunder’s ‘SOUTH’ which will be the first return journey to the South Pole on foot, and the longest unsupported (human-powered) polar journey in history. The 1800 mile journey will take up to 4 months to complete. I always find inspiration from him.

When I go forward, I know that I’ve got to find more from myself and from this trip. I really will have to dig into my ingenuity and creativity. I have to develop my own motivation. It’s going to be deep. It will definitely be life changing, and the biggest challenge of my life so far, because I will be alone and going into the unknown.