Tom and I are now in Ulaan Baatar. The bus journey here was arduous. We expected it to take around seven hours but it took the entire day. However, one day was nothing compared to the four days on the train.

The bus had extra springy suspension and Tom and I were lucky (sarcastic) enough to sit in the back seats. This meant that we were sitting directly over the suspension (comprised of a soviet mattress) and the engine. I realised we were sitting over the engine when my feet became very hot. I took off my boots and socks and noticed, when I put my feet down, the the metal fittings in the floor were red hot which was somewhat uncomfortable. Thankfully, we reached the city and were dropped off in the centre.

Much of the city appears to be under construction to accommodate the city’s growing population. It looks quite similar to other former Soviet Union cities that I have visited such as Batumi. However Ulaan Baatar on first impressions had a greater visual Eastern influence than European which is expected considering it’s location. The bonus side of the Eastern influence were the many cheap restaurants serving local cuisine. On the first evening in town we went for a Korean hot pot. This involved a boiling spicy broth into which veg and meat were dipped and cooked. We are staying with an American Couchsurfer called Tara who is an English teacher at the International School. 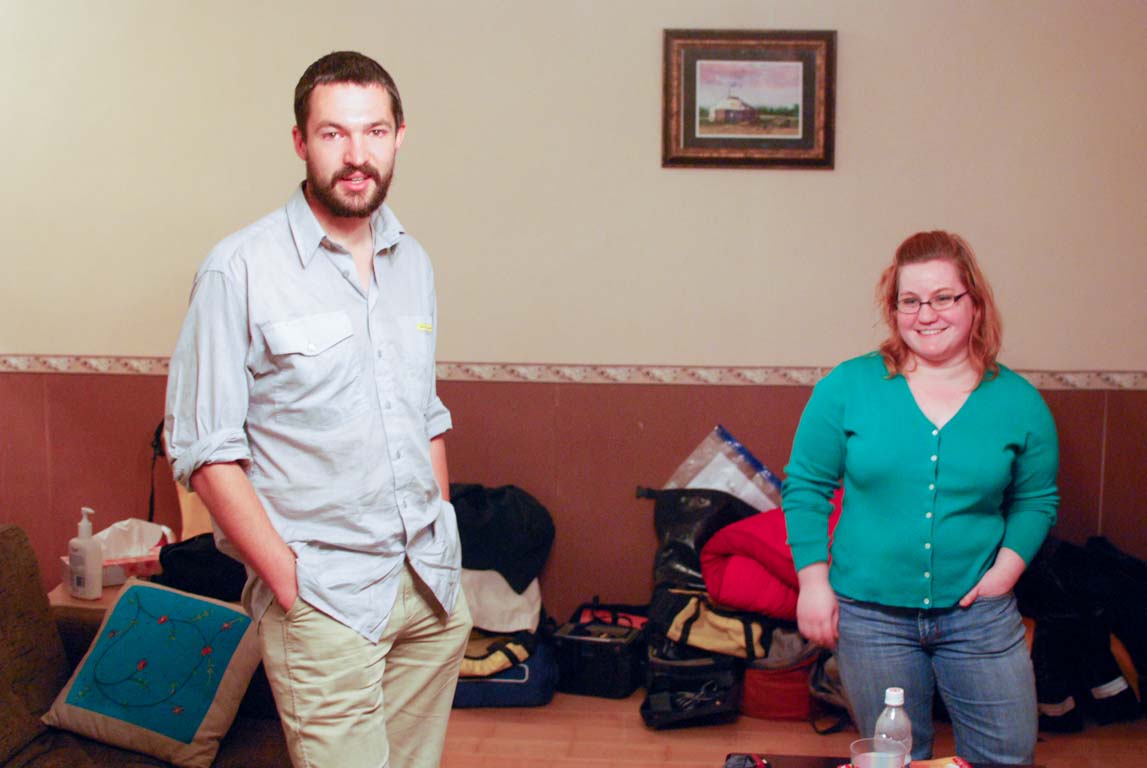 Yesterday Tom and I went to extend our Mongolian visas. We walked into the centre and it began to snow which was quite a change from the balmy 22 degrees on the day we arrived. We found out that the immigration office had moved to the airport which required an expensive taxi journey out of the city. The office was busy when we arrived. We had just managed to finish filling the forms out and writing a letter explaining why we wanted to stay in Mongolia for longer when the office closed for lunch. Typical. 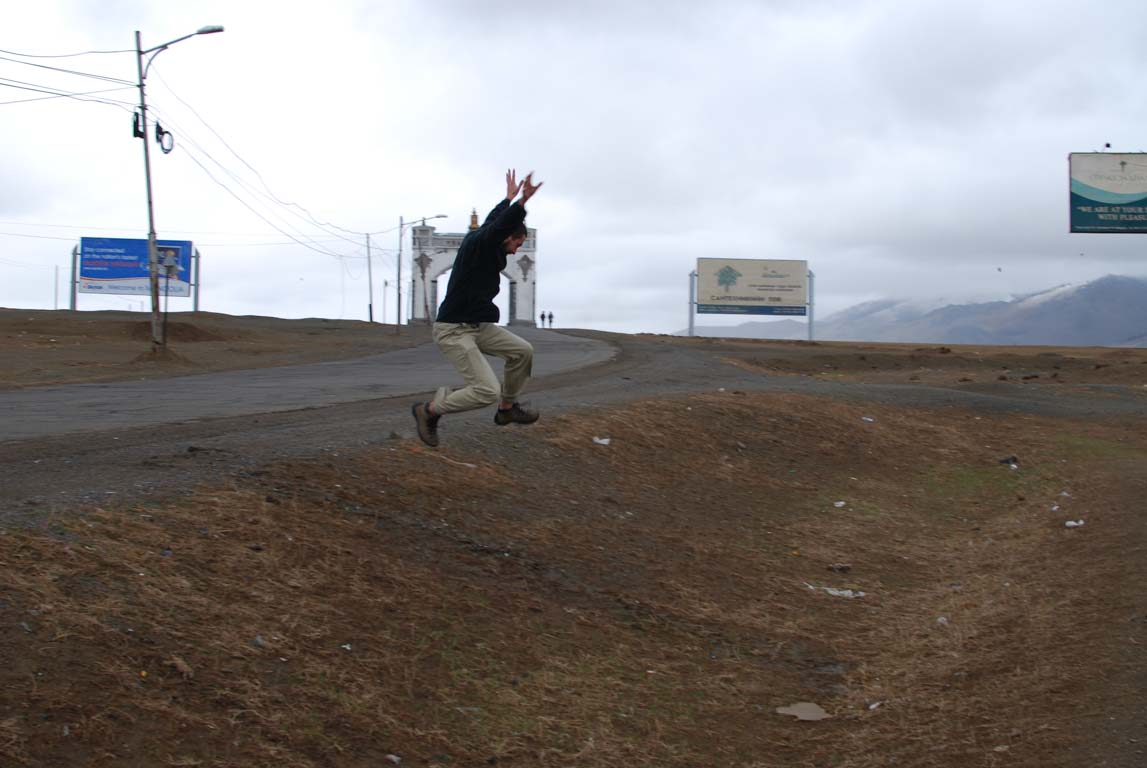 We decided to investigate the cafeteria in the office. We weren’t sure whether it was just for staff but they served delicious meatballs and borscht. That was a bonus and a welcome pick-me-up in light of the weather and the general boredom of the bureaucracy.

We finally successfully got the visas extended and hitched a lift in a white saloon car driven by a man wearing a worn-looking jacket and a scruffy cap. In the front passenger seat was a teenage girl with black hair, pink lipstick and a sports-themed jumper.

The man gestured excitedly to us and paid less attention to the road than he should have. I was sitting in the left rear passenger seat and it sounded like the suspension had been botched with a plank of wood. Whenever we went over a bump the rear of the car bounced up and down, clanking and clattering loudly. The man groaned in dismay each time it happened. It was an understatement that his car needed a bit of work. We reached the city after about fifteen minutes of swerving and the usual questionable overtaking. The ride cost 5000 tugruks which was half the price of the taxi earlier. 1300 tugruks = $1.

Tom and I plan to leave tomorrow morning bright and early. Today we are making last minute preparations, checking over the bikes, organising luggage and getting the necessary food.