I am in the wonderful city of Tbilisi, Georgia. The first week I took an Irish guy on a challenging but fantastic one day bike tour, then two Australian tourists from Melbourne came for a week. 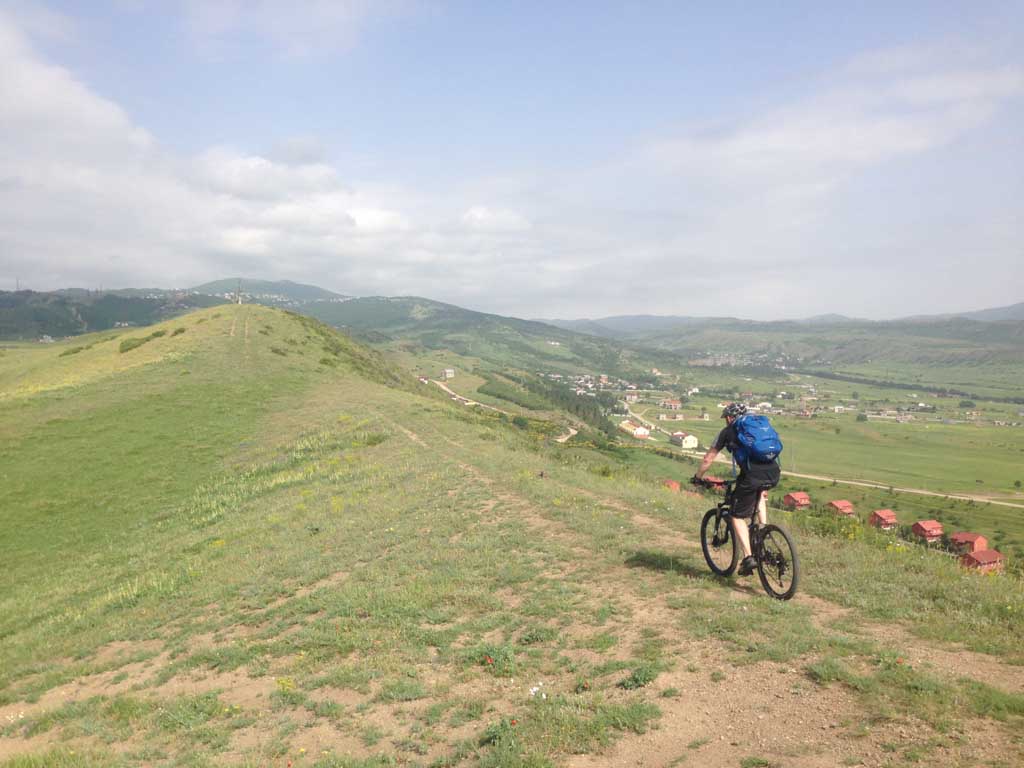 We explored many incredible places and did some brilliant riding. The mountain biking in Georgia is superb and I’m working on mountain bike tour company Georiders out here. 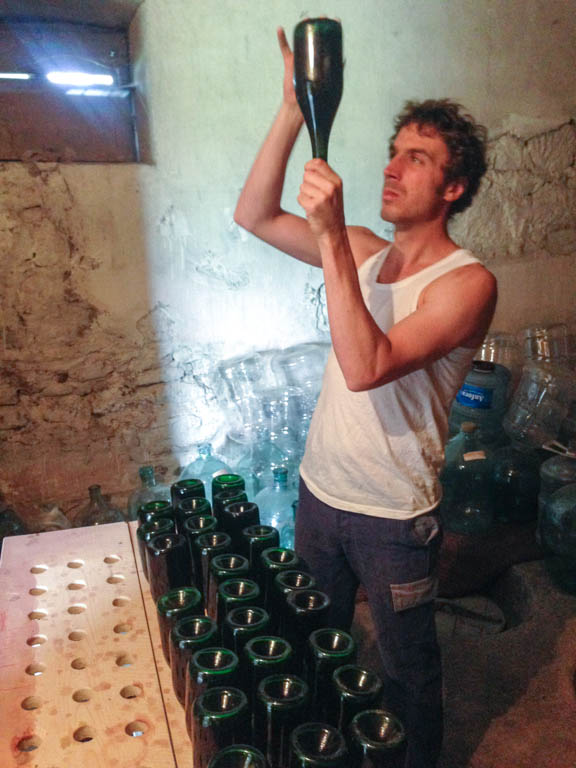 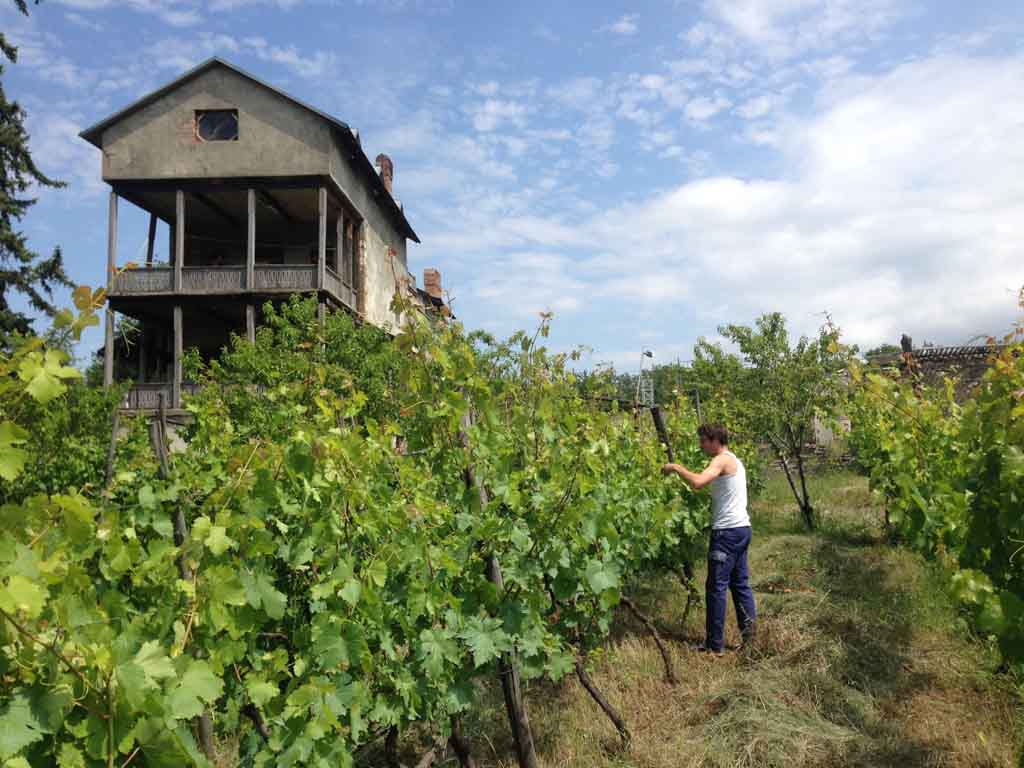 I have been catching up with old friends; one of which is making Champagne using artisanal methods. I was helping him to work on his vineyard and to refill the bottles after releasing the sediment which is part of the process.

The weather in Georgia has been scorching some days (up to 35 in the shade) and others it has been wet or overcast. As I write this there is a huge rainstorm.

A couple of weeks ago, I attended an event called Edgeryders: Futurespotters in Georgia. Edgeryders are a distributed group who aim to crowd source solutions to problems and work on internal and external projects as consultants.

I watched a couple of talks- about the unMonastery project and Makerfox- for more information search on Google. There was a project called Hexayurt about flat pack Yurts, which was something I had also prototyped when I was in London. All the projects are well-worth looking into and there is plenty of information online about them.

I’ve had some meetings with people out here who are interested in promoting biking. A group of Estonians who call themselves EVS are organising a bicycle festival next weekend. They have also been central to organising the critical mass bicycle rides in Tbilisi since I’ve been here.

I have also been working on some web development research which can be read about on my tech blog and I’ve taken a job as an English teacher at a summer school which has so far been a fine experience.