The Stromatolite crew took a long drive down to the Port Elliot festival in Cornwall. We camped in the grounds of a stately home. 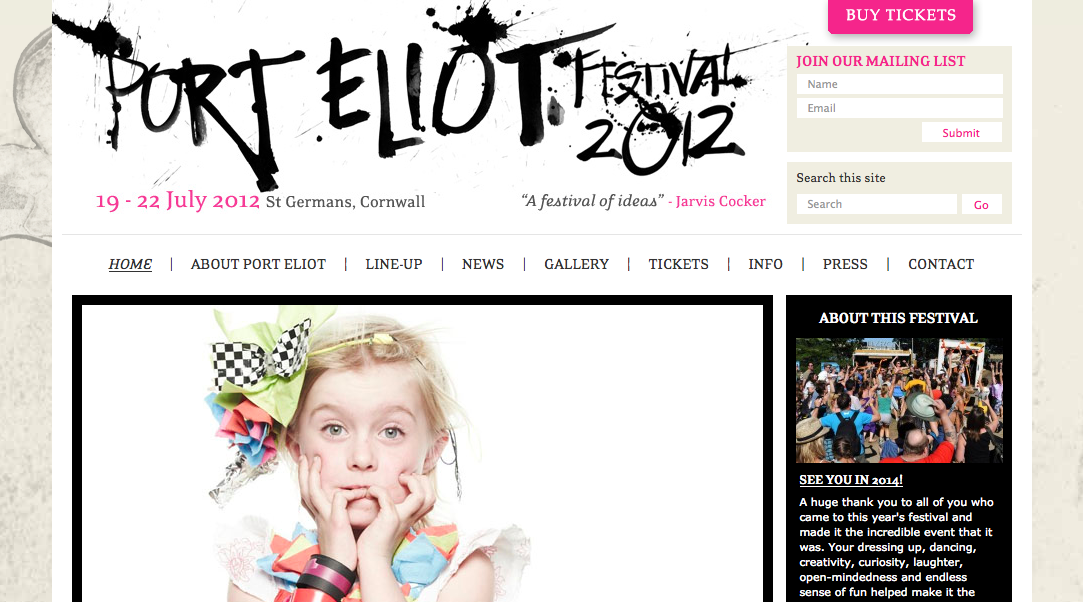 We roamed about the festival listening to talks (like about foraging, see below), enjoying live music and recitals. The most memorable was the poetry of John Cooper-Clarke.

The idler academy is a ‘school’ based in West London. It was founded by Tom Hodgkinson and is an alternative organisation that offers classes in a range of sometimes unsual subjects. For example, you can learn Ukulele for Beginners or Ancient Philosophy.

I found the whole set up to be a lot of fun. It had a laid back atmosphere and the aim was more on encouraging people’s curiosity and interests to emerge themselves rather than through learning techniques that tend to prescribe information.

I thought that its old fashioned style, slightly tongue-in-cheek was endearing although perhaps detracted a little from the potential of this kind of organisation that attracted a great deal of attention at the festival and was a joy to attend.

I went to the festival weekend and realised that the architectural structure of a festival perhaps matched well the kind of physical structure manifest of the digital structure of the weQuest app. Like the internet the space of the festival is 1 level, no hierarchy, but with hubs of interest and popularity. Anyone can pitch up with a tent, in the camping area, just like anyone can start a website or a blog, but getting some web hosting on a server. There are facilitators behind the scenes that enable the space to exist: either the developers on the internet versus the landowners at Port Eliot in St Germans. Zizek’s criticism of the space of the internet as ‘common space’ now being owned.

“What Marx did not take into account is the possibility of re-privatising this knowledge. This is why Bill Gates is the richest man on Earth.”

Bruno Latour had a similar criticism in his talk at International Seminar on Network Theory Keynote http://www.youtube.com/watch?v=Bj7EDMRJrbU.

Of course this is only if we choose to recognise private property even when it is ethically questionable, which of course, organisations like the Occupy movement, challenge.

Putting this small fact aside though, Port Eliot festival was as near to a utopian situation that it would be possible to imagine. If only it was possible to turn up and start your own stall and the festival went on indefinitely. I received some information from attendees of the recent Paris Hothouse seminar about the Urmadic university to suggest that the Urmadic university would turn up and make camp around a problem area and solve it this way. I would extend this metaphor and suggest that instead of flying there, the urmadic university travels there by slow means- perhaps a bicycle bus, or a flock of pedal ornithopters, or even just by public transport. The problem with turning up by plane is to bring the consciousness of the place you were, with you, particularly then if you shut yourself off in hotels designed for expats. 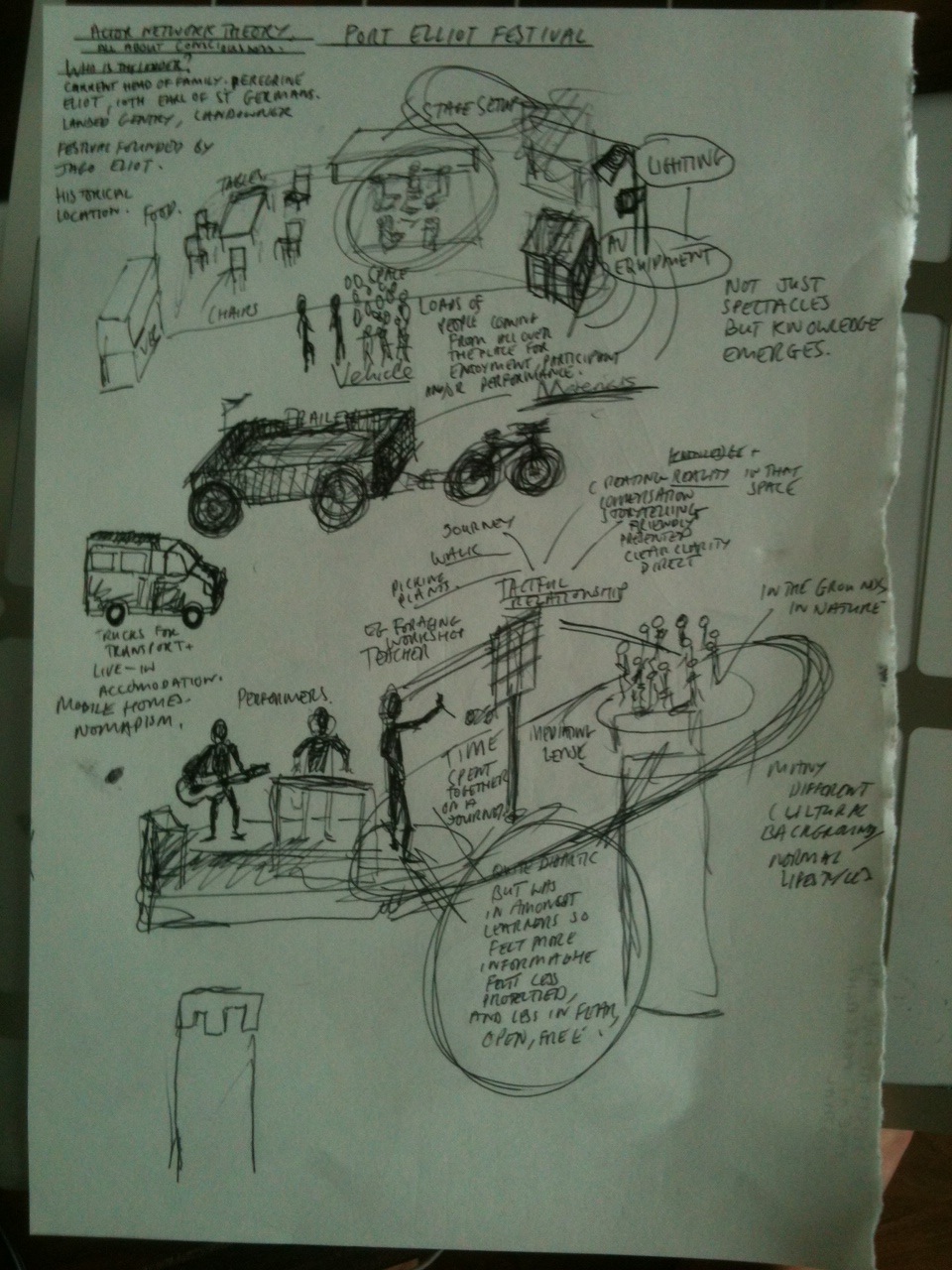 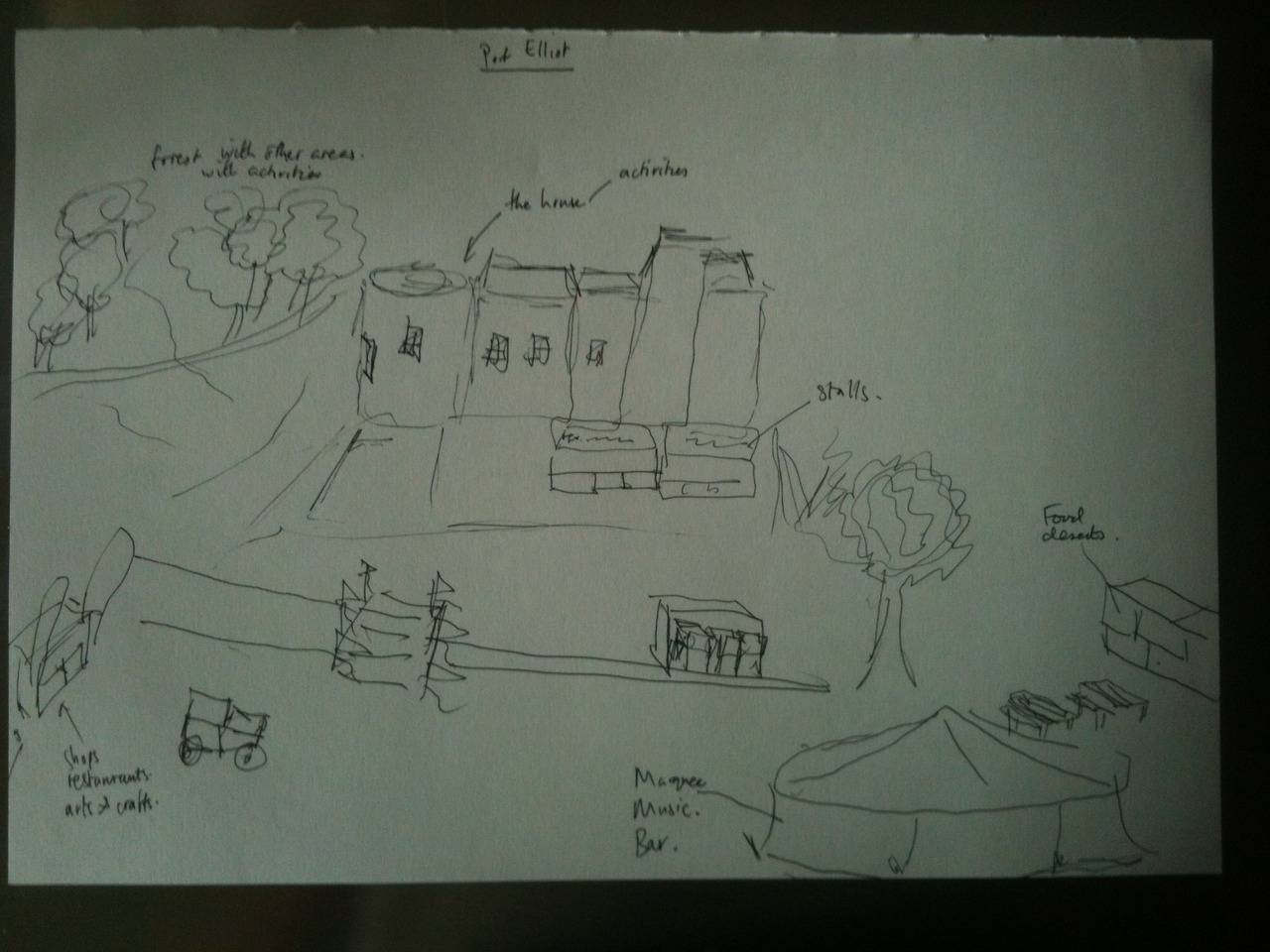 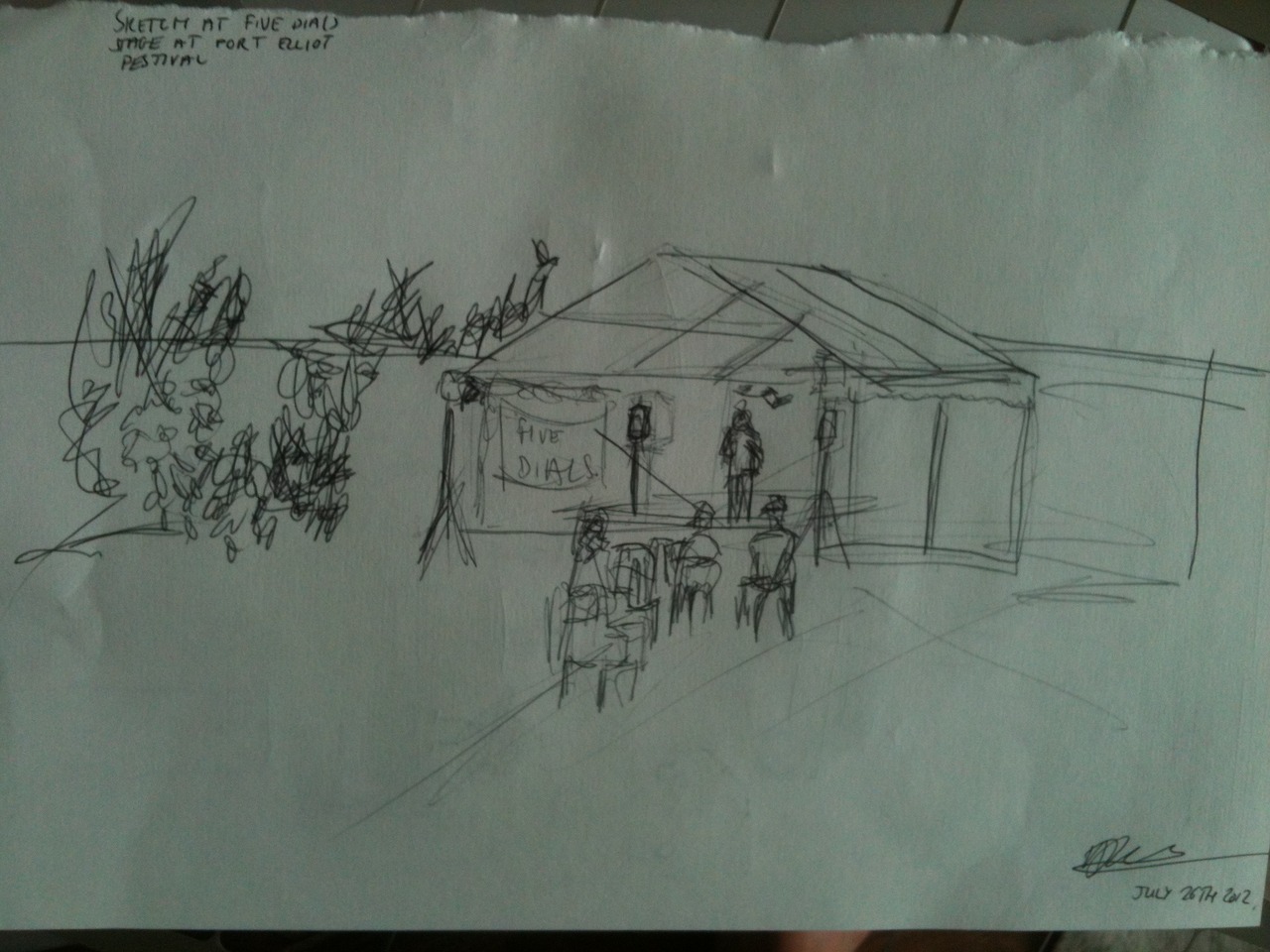