I use a Brooks Champion Flyer saddle for my cycle touring. It had the reputation of being the most comfortable saddle. After the initial break-in period of about three months the saddle moulds to your backside and it is very comfortable indeed.

Problems with the Saddle

Early on in the journey the bracket which supports the nose of the saddle widened and became dislodged. This caused the saddle to tilt slightly to one side and over time the problem got worse.

I didn’t notice this and because I the saddle was in this tilted position, the leather got stretched more on one side that the other. The consequence of having a wonky Brooks was that I began to notice pains in my right knee and for ages I wondered what was causing them. I wondered if I was overstretching my right leg because of the saddle.

I searched for solutions on the internet and found that some people laced up their saddle to squash the two sides together and level them out. One person said they contacted Brooks who sent, free of charge, a new slight seconds saddle. I contacted Brooks but wasn’t even graced with a response so I decided to go and find the power-drill and some laces instead (cue horror-film music). 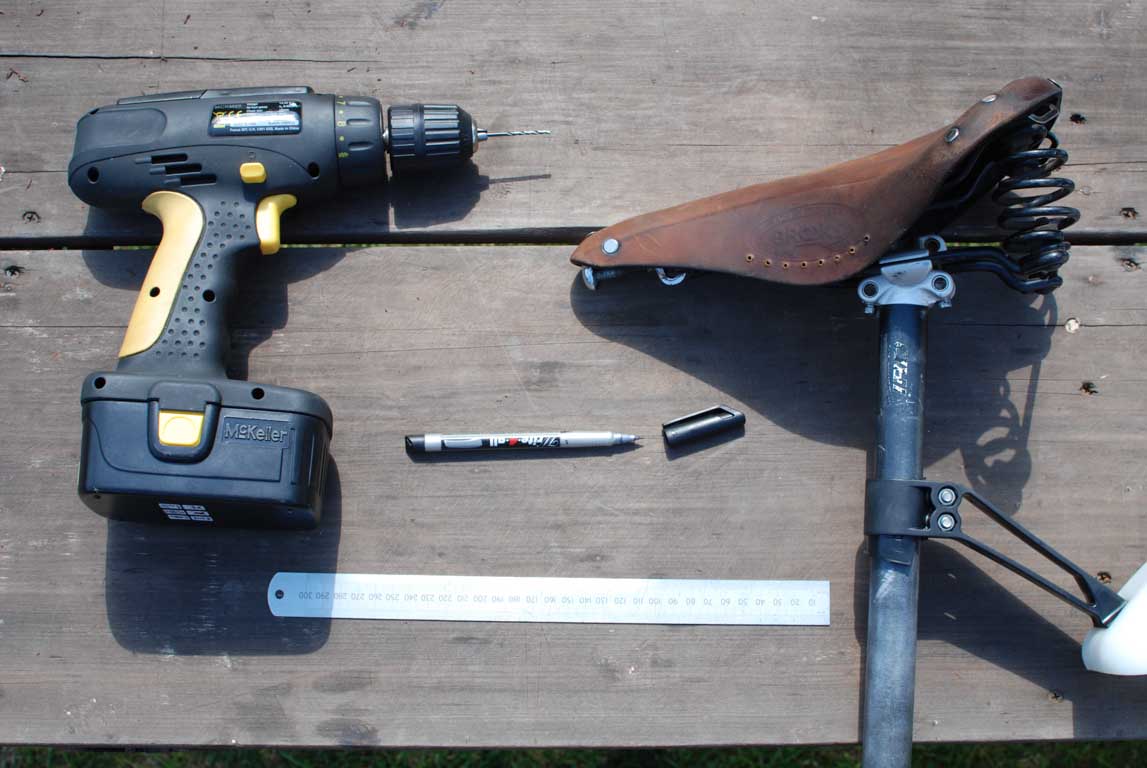 What you will need

How you do it 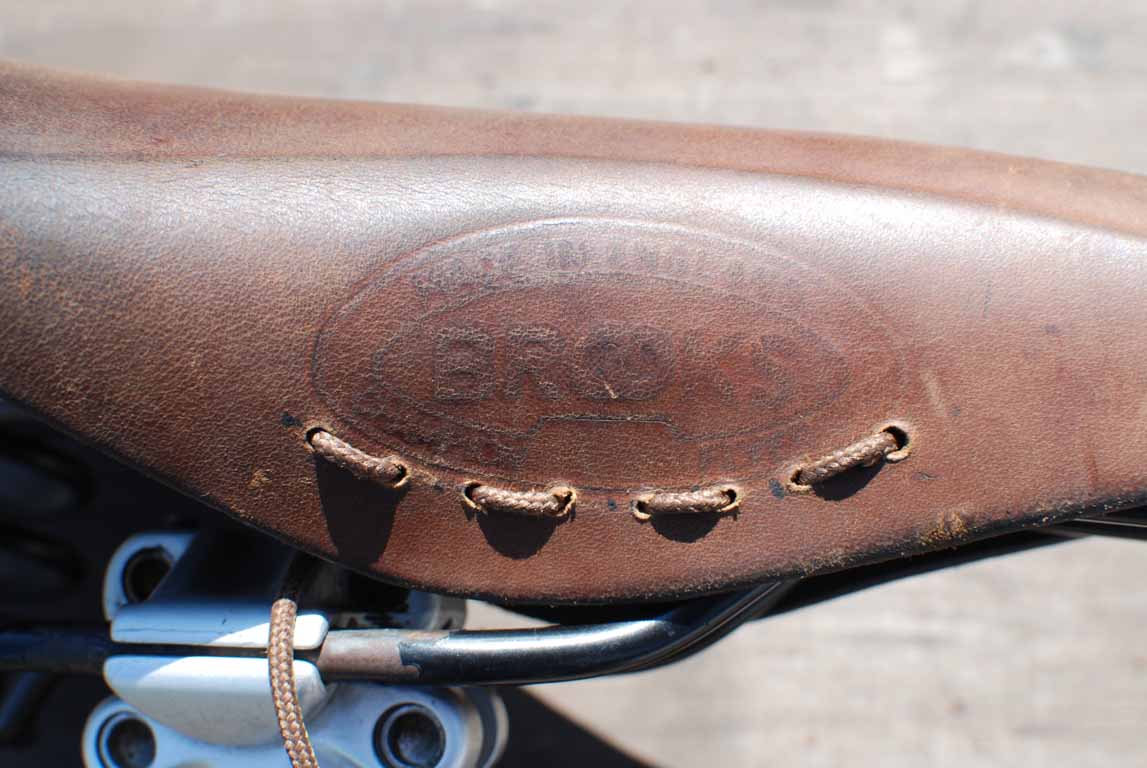 To further improve the design of the Brooks I would include some kind of support bridge underneath the saddle in order to avoid misshaping occurring. Coincidentally, I found an old Lycette saddle owned by my dad with just such a support bridge fixed into it. Thanks to the guys from here: http://highsnobiety.com/columns/jeffcarvalho/2008/09/23/how-to-lace-a-brooks-saddle/ for providing the original inspiration for lacing the Brooks.