If you are planning on going on a long distance cycle tour, but for some sections you will put your bike on public transport (Trains, buses, coaches) here is some advice. 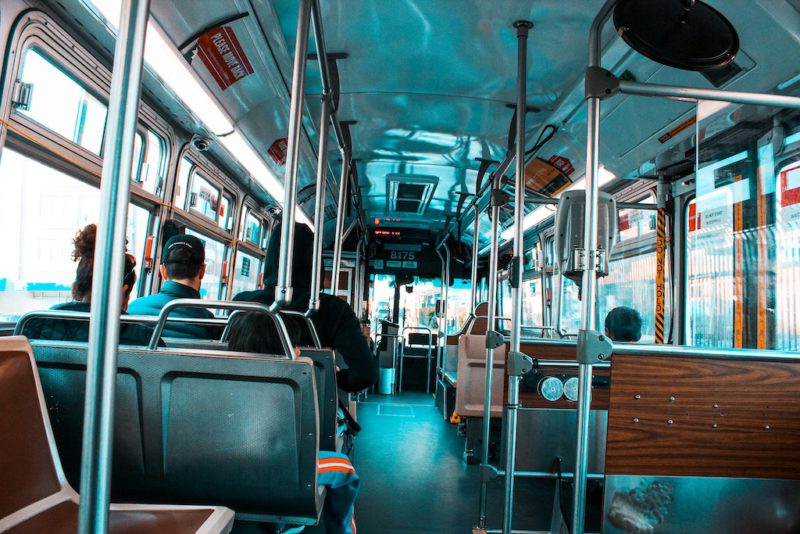 According the general conditions of Eurolines (more or less the only Paneuropean bus company) bicycles are not allowed:

A maximum of 2 pieces of luggage (suitcases, bags, and packages 70x80x20 cm with a total maximum of 30 kilos) per passenger will be accepted for carriage. Children and Infants are allowed to carry 1 piece of luggage. Eurolines reserves the right to refuse luggage exceeding weight, dimensions as indicated. The carriage of objects such as bicycles, sporting equipment, skis and musical instruments are strictly prohibited. It is forbidden to transport narcotics, explosives and other dangerous objects. Luggage allowances may vary by service and you should check with Eurolines for full details.

Folding bike are free. You buy a single-trip card for € 5 per bike which gives you a blank card to fill in (date and route) or pre-printed card (if bought online) with 2 parts: 1 for your bike and 1 as proof. It allows you access to any destination with no timetable restrictions and the travel route and date are the same as for the owner.

You can take your bicycle with you on the train only during off-peak hours. Peak hours are weekdays from 06.30 to 09.00 and from 16.30 to 18.00. This restriction does not apply at weekends, on public holidays or in July and August.

Bicycles must be placed in the special bicycle area on the train. You will recognise this area by the sticker on the outside of the train. If there is no room in the bicycle area for your bicycle, NS staff retains the right to ask you to take a later train.

Bicycles and other means of transport equipped with a combustion engine are not allowed on the train for safety reasons.

You are not allowed to take bicycle trailers on the train. Cycling is prohibited at stations and on platforms.

There is a foundation called “vrienden op de fiets” (friends on the bicycle), which annually publishes a list of accommodation addresses specifically catering cyclists. Although it is centred to the Netherlands, their network do cover other countries as well.

With these kind of informal networks, you can cover quite some miles and not be alone while doing so. Also people you meet in these accommodation types are often quite knowledgeable on local bicycle information and might know for example specific chartered bicycle bus services, that do exist in Europe.

The first rule is the same as with the trains entering France: bikes can be carried on all trains as hand luggage if they are folded or dismantled and placed in a cycle bag measuring no more than 120 x 90cm. This will mean removing the front wheel and maybe the pedals, and ensuring the bag has sufficient padding to avoid damaging other articles placed on the train’s luggage racks.

Some trains do allow bikes, check the SNCF website or the appropriate regional site. Note that even on the same journey, different trains may have different rules: it depends on stock and times.

Bicycles are allowed in intercity buses and on regional trains for free. Be careful at peak times though, it’s officially forbidden. For TGVs, it’s usually forbidden (there is no space anyway). For Intercity trains, reservation might be mandatory, and costs 10 euros. In French : aide.voyages-sncf.com/toute-laide-train/je-prepare-mon-voyage/… For Germany you should usually pay.

For Germany, for example for regional trains in Bavaria it is 5 euros for a day. It depends on every region: bahn.de/p/view/service/fahrrad/mitnahme/08rad_nahverkehr.shtml For national trains, it’s usually allowed, when booking a seat, you can say you have a bike (check the box Fahrradmitnahme). Some more information see http://bahn.de/p/view/service/fahrrad/mitnahme/

For the remaining European Countries, there are tons of blogs where people describe their journey in a specific country, that might help you. Google is your friend here.

thanks Andra, mouviciel2 and Vince from Bicycles Stack Exchange