The emptiness of the desert spaces was in it’s way very beautiful with nothing to distract and nothing man-made. With no input it felt very meditative. Long trains of thought went through my head, which kept me occupied and sometimes I recorded them into my dictaphone. 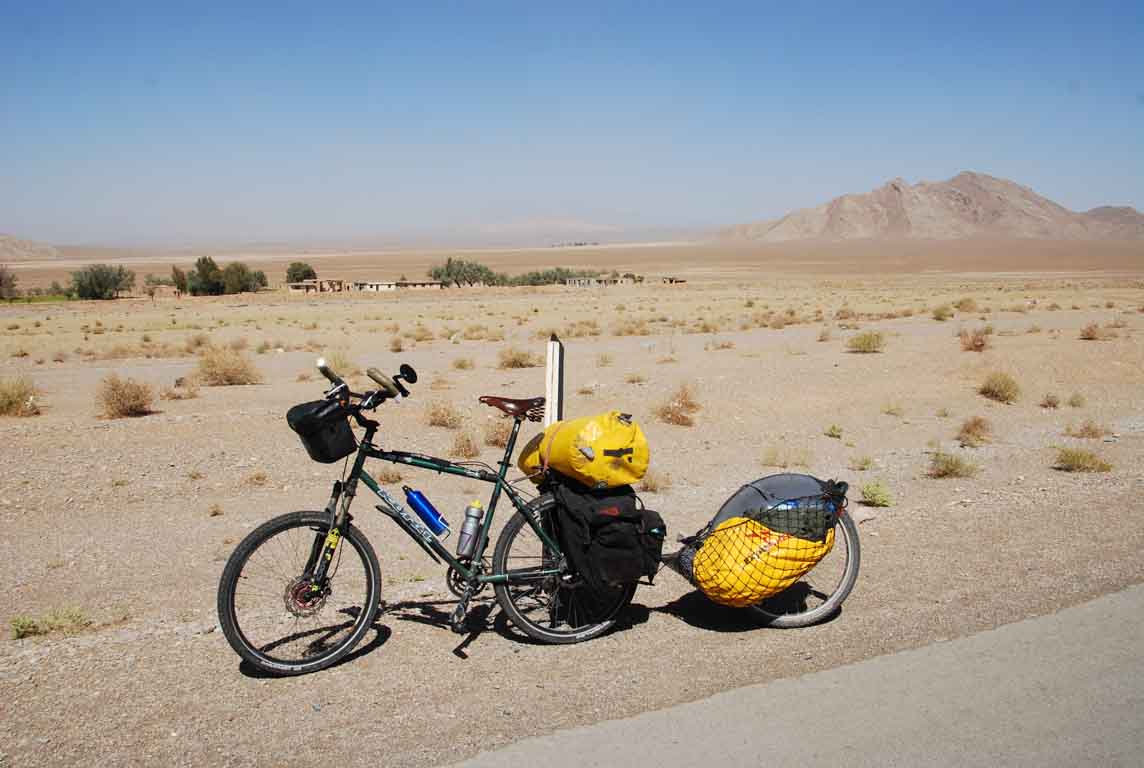 My bike was set up really well and I had a strong feeling of flowing with little effort, completing long distances. It became the norm to start early, push big gears and put in a long day. I started reliably planning when I would be at the next place based on 150km days. 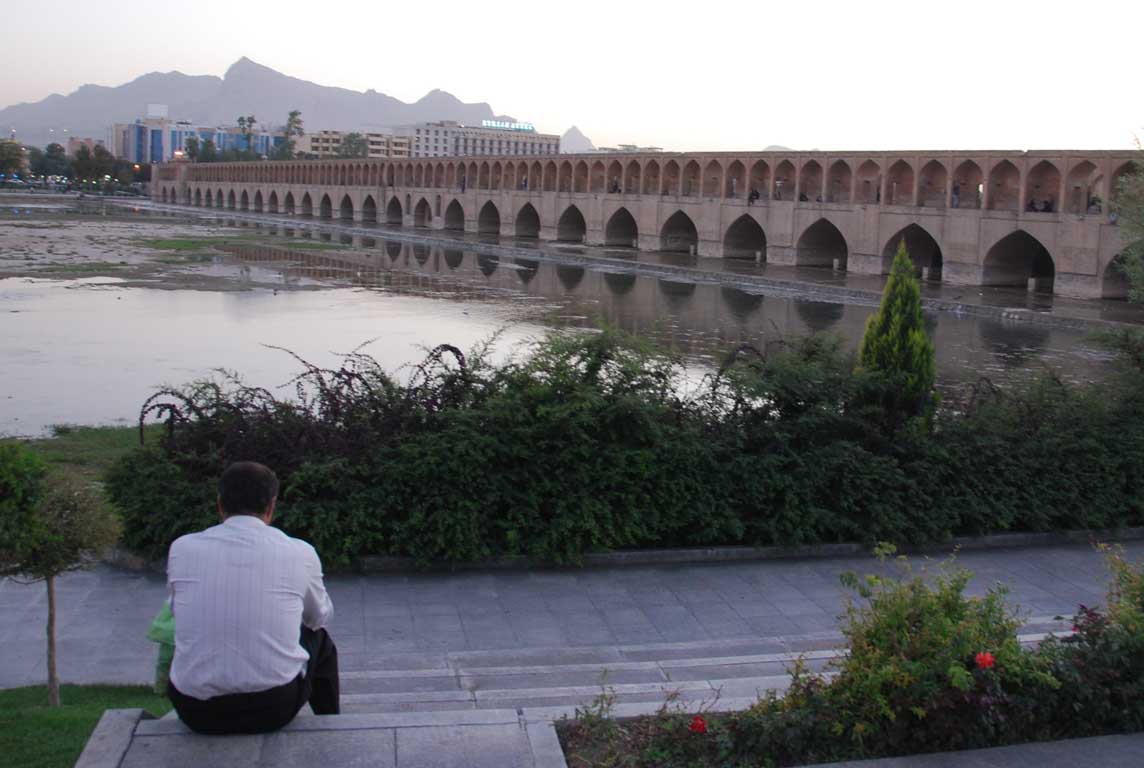 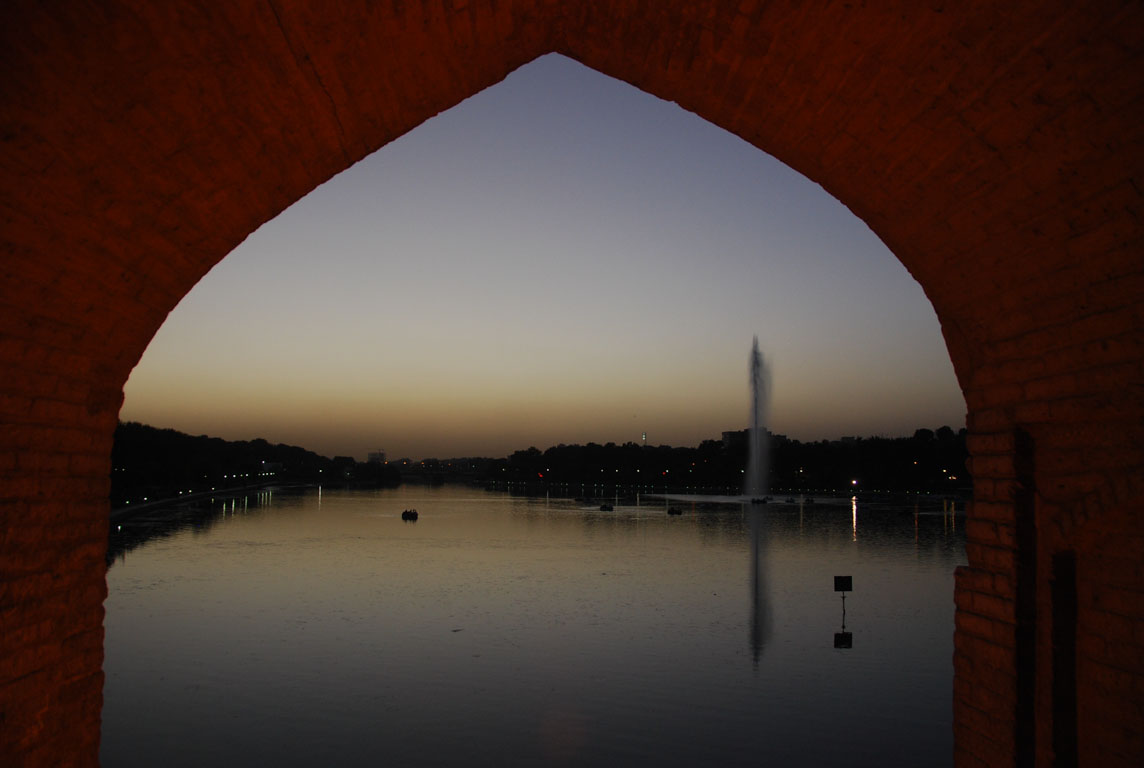 I arrived into Isfahan weaving through the traffic to the Zayandeh river where I was presented with the stunning Si-o-se Pol bridge softly illuminated in the dusk light and buzzing with people. I grinned to myself that I was there and felt thankful for my continuing adventure. 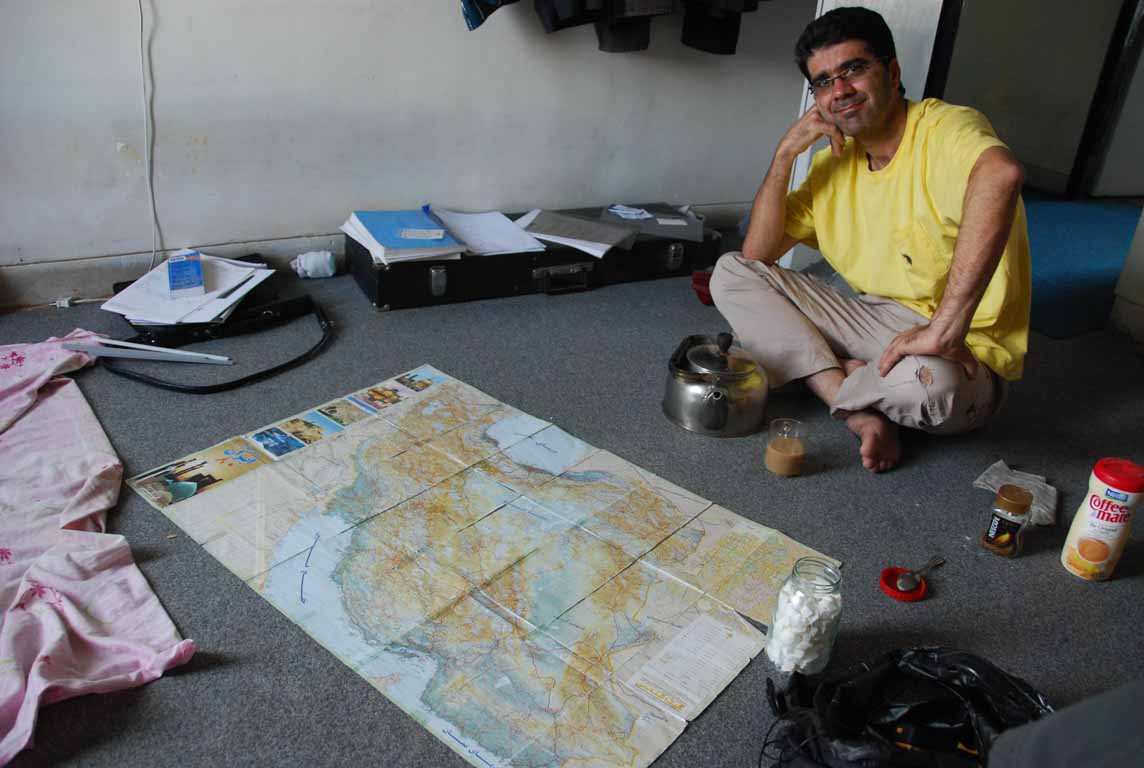 I met Couchsurfing host, student Sharim and stayed with him and flat mate Omid. That evening, we went for a night walk along the river side. Isfahan is a beautiful city, where I felt soaked with history and culture. People were continuously wandering over the bridge, meeting, taking photos and enjoying the atmosphere. We walked along to the Khaju bridge where there were a group of people singing. However, my friend wasn’t keen to hang around as the police had been stopping people from singing old songs which weren’t in line with the current regime. 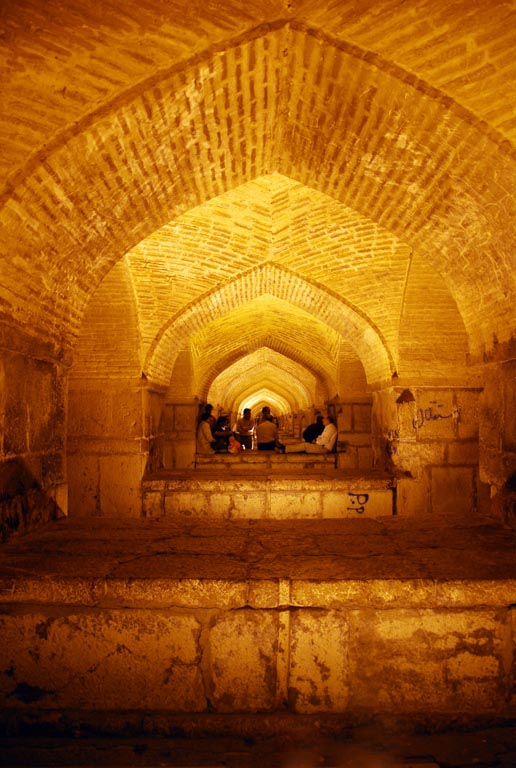 The following day I took a trip to the Hasht Behesht, A palace from the Safavid era, and the Jame Mosque. Although I didn’t get in to the mosque because they were just closing for prayer, I did get a glimpse of the big court area. 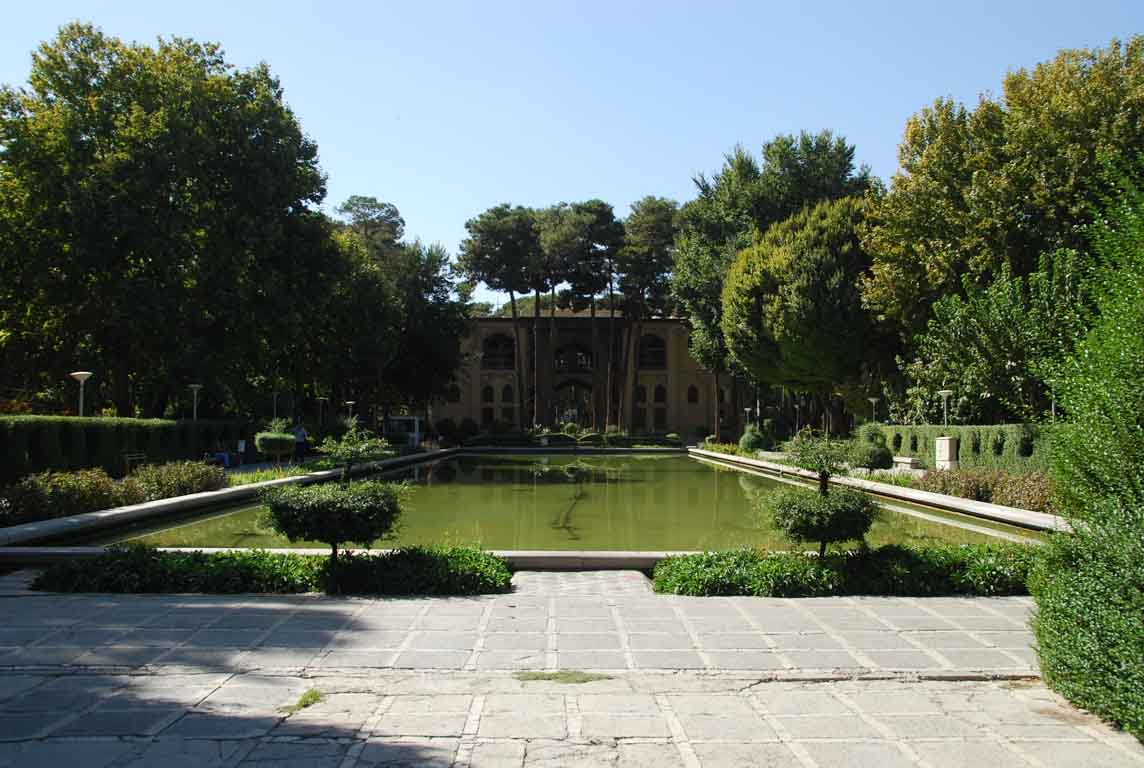 The beauty of the mosques in Iran was awe inspiring. Some had a design that seemed to me, close to perfection. With greenery and water fountains within the dry, arid mountains and deserts, the mosques' appeal was amplified. 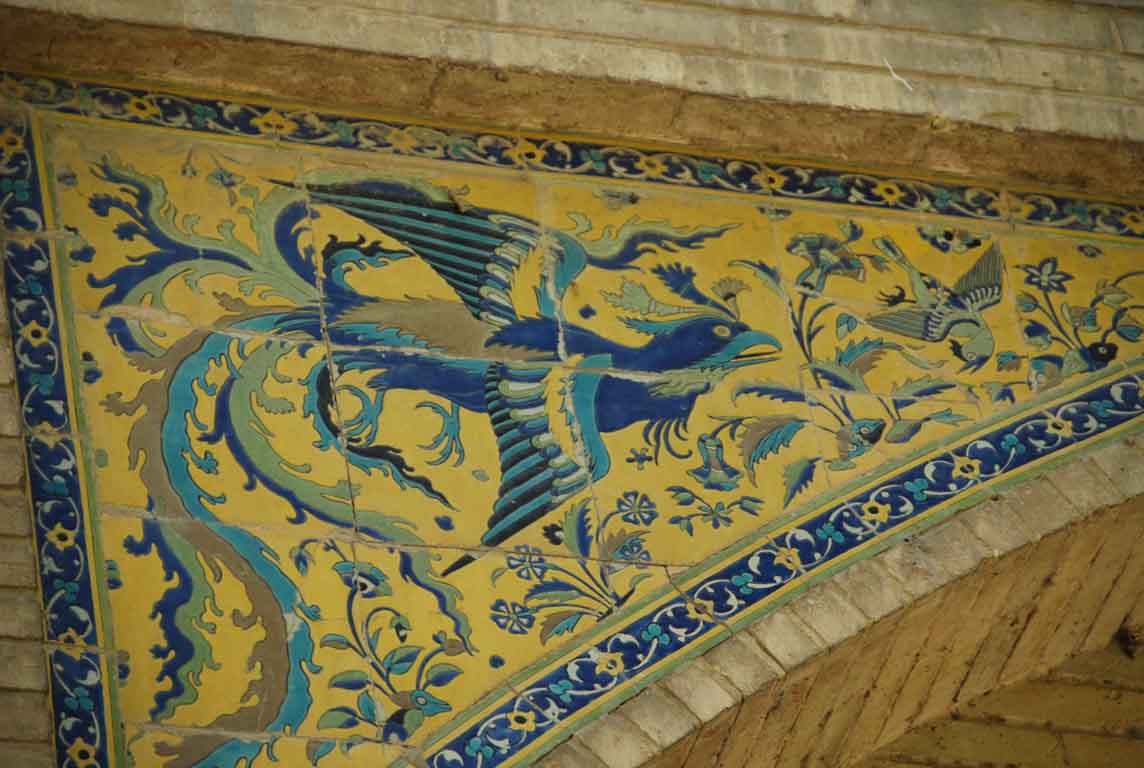 The government in Iran seemed to occupy a strange place in the minds of people who weren’t decisive about whether the existing regime was good or not. Everyone I spoke with on the topic seemed happy to go along with things as they were even if they didn’t like all the rules.

People always spoke to me with a strong sense of culture and history and will to protect that. For me that seemed to be the defining identity of the country. The legacy of history was too long and rich to be hidden by negative moments in modern history.