It looks like I’m going to be in Tbilisi for a while. Since arriving back from my cycle travels, I’ve had a lot to reflect on.

For the moment, I’m happy where I am. I’m enjoying seeing friends and rekindling relationships.

I am doing what I can to keep my days organised now I don’t have the routine of cycling each day.

I’ve been doing a lot of reading. I’m researching design as it is something I am interested in. I have started writing up my diary into book and I am continuing to write my journal each day. I have a lot of photos to organise and I’ve been reflecting on my photography process.

I have been meeting new people and making friends. I have joined a Georgian singing group that meets on a Monday evening. I’ve also met some local mountain bikers. I’ve converted my bike for off-road riding and I’m planning to do some mountain biking.

I have started playing football again. There is a good contingent of players including Spanish, English, French, Brits, Dutch and a few Georgians. 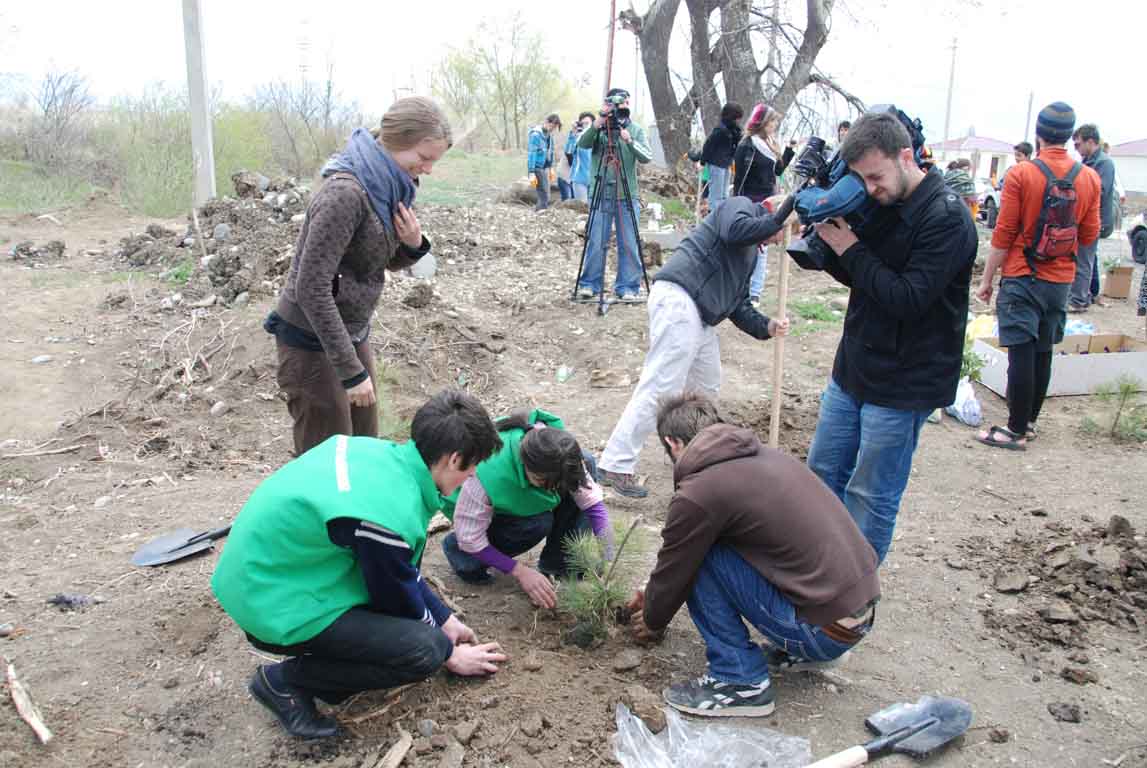 Yesterday I helped an environmental NGO to build a vegetable garden at the newly built village for displaced persons from South Ossetia (caused by the Georgian conflict with Russia).

The environment minister for Georgia turned up with a crew of media, trees and tree-planters and muscled in to get the publicity.

I was a bit disappointed that there was not more a plan for the garden. People were even giving away the tools and plants. It was a bit chaotic and trees were just being planted wherever! The initial trees which were planted had to be dug up after the officials and press had left and replanted. 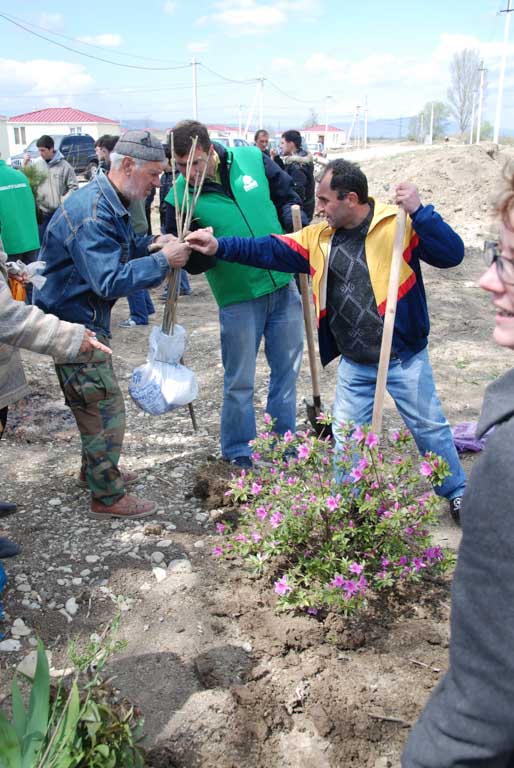 I started working on a vegetable patch and as soon as I started digging, other people started helping cautiously. Some people appeared to be questioning what we were doing but after a while they started helping too. We had a good gardening session and it was satisfying work.