I arrived in Yerevan last Wednesday. I have been staying with some wonderful new friends who work at the French Embassy. From the first village after crossing the border into Armenia from Georgia, Tom and I decided to cycle alone to Yerevan. Cycling alone gives one more freedom. I decide when to move, stop, eat, or continue. The decisions are my own without excuses. There is no one else to blame but myself if things don’t go according to plan. 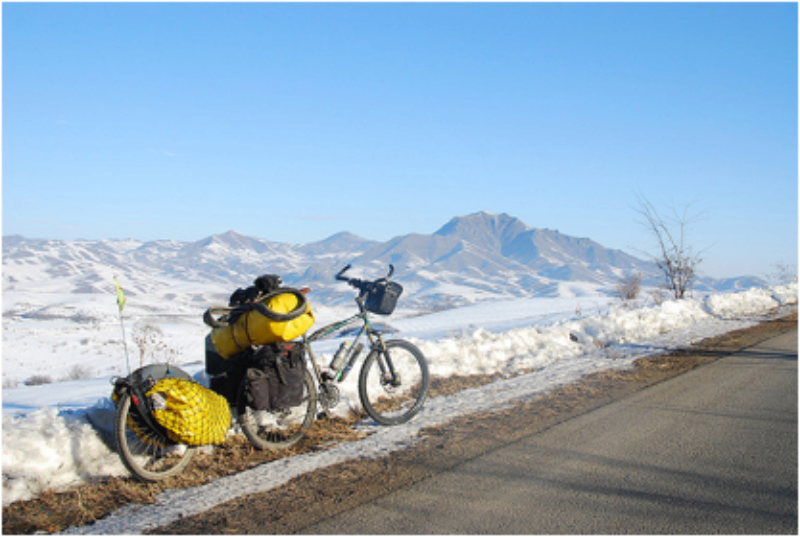 I am confronted with dealing with my own company, which might sound strange if you haven’t spent time alone before. All the personality traits of being me become apparent. I am responsible for tempering and moderating my reactions, emotions and behaviour, which is a rewarding, experience.

In addition, I only have my own frame of reference or paradigm to rely on to monitor my own behaviour. Which means if I’m acting like an idiot, there is no one else to tell me so. I can’t rely on the rapport of 2 old friends to be lazy in a social situation. I have to deal with all the experiences, and it is more difficult to take a step back, observe and let the other person look after things, which has it’s positive and negative sides.

On another note, we both have our own unique experiences so it’s great when we are able to share our stories. There is a real stillness and realisation of being in the presence of the great world. This is especially clear when being alone in the mountains travelling to Sevan. I hope to be able to experience this feeling to greater extremes in wilder environments such as Mongolia. This links well to the work of The Wilderness Foundation who aim to protect, conserve and promote the value of wild areas.

Tom and I met up again in Yerevan. We are dealing with more delays concerning picking up our winter sleeping bags, which have been sent from the UK. They have been impounded in Armenian customs and we are seeking help from the British Embassy to get them released. They are important because they will allow us to wild camp again as we go forth into areas with a lower population density and less people to stay with.

We paid a visit to the Armenian office of the WWF-Caucasus on Tuesday. We learnt about the anti-poaching unit in place to stop illegal poaching of endangered species such as the Caucasian leopard. We heard about the WWF and fellow environmental NGO’s successful lobbying of the government to stop a highway to Iran, which would have passed through protected conservation areas of high biodiversity. This prevented deforestation and habitat loss. We also learnt about the conflict between the booming mining industry and plans for ecotourism to boost the sector of the economy. The two are mutually exclusive as opencast mining has a highly negative impact on the visual beauty of the land, which is incompatible with attracting new tourists to visit an area.

The first time I cycled passed Lake Sevan on the way to Yerevan I avoided the dogs chasing me, then propped up my bike and took careful steps through the snow down to the lake’s edge to take some photos. I had never seen a frozen lake before let alone one so huge. The scenery was stunningly impressive. I took my camera and framed some compositions. The snow formed patterns of miniature drifts blown over the open ice, which naturally lead the eye into the picture. 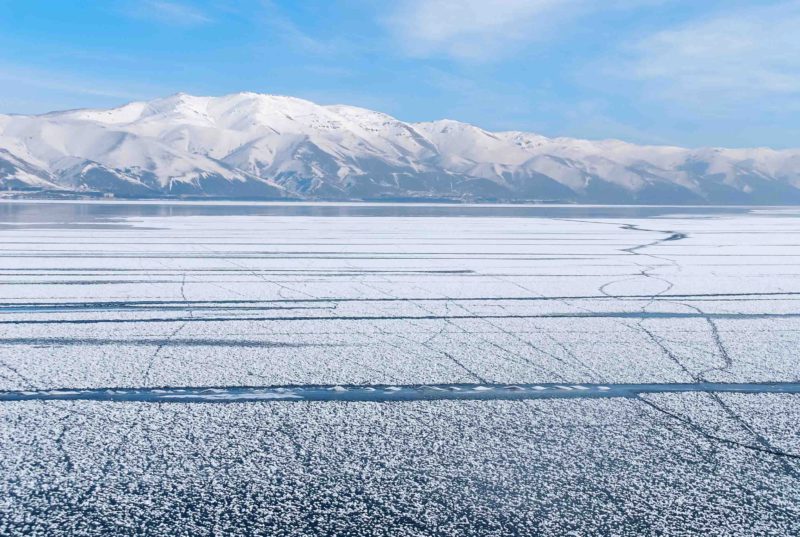 Ice formations on the shore provided foreground interest. In the background above the snowy mountains high cirrus clouds trailed across a vast and glorious blue sky. I attempted to get some good pictures, but none matched the shear beauty of the vista before me as. I sat quietly for a few minutes listening to the ice, which made an incredible noise like nothing I had ever heard before. It gurgled, belched and cracked as it morphed and evolved under the pressure and temperature changes acting upon it. It made me think of the book I recently read about the great British explorer Ernest Shackleton’s expedition in Antarctica aboard the Endurance ice-breaking vessel. 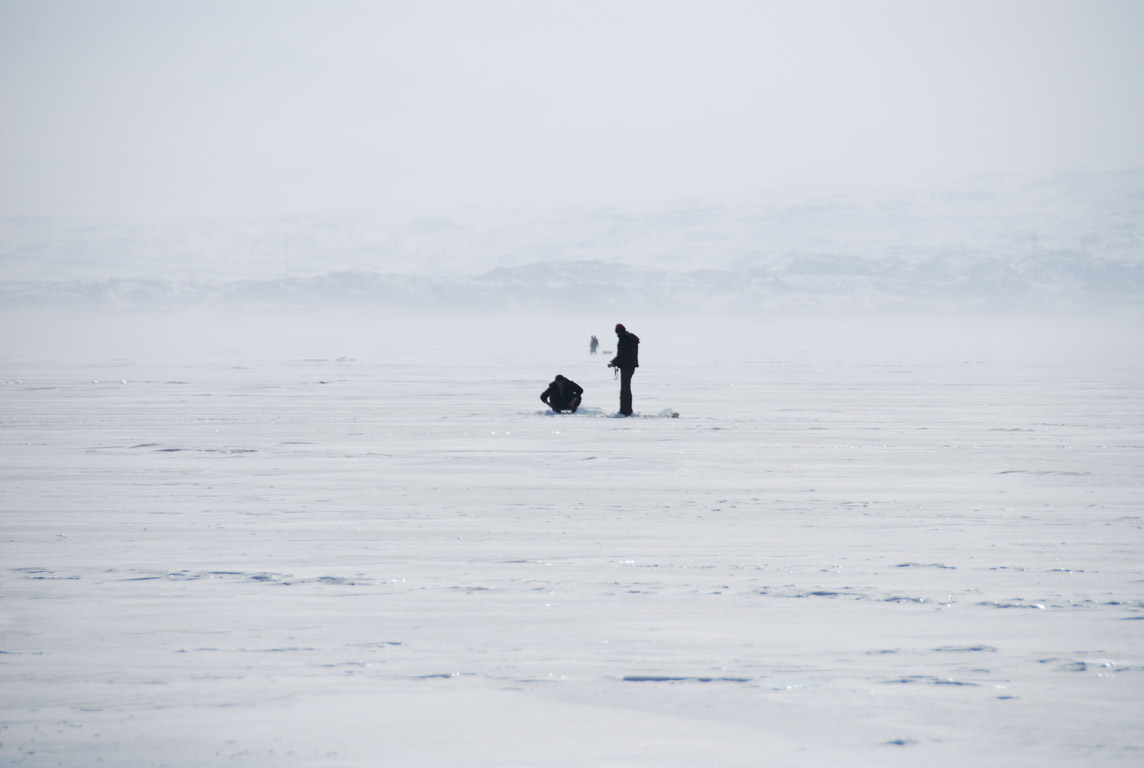 Last weekend Fanny, Maxime, Irene and I visited the lake for a second time. It was possible to walk on the ice, which we were told was a foot thick. I observed a local ice-fishing for “Sig” which I later heard from the WWF is forbidden. 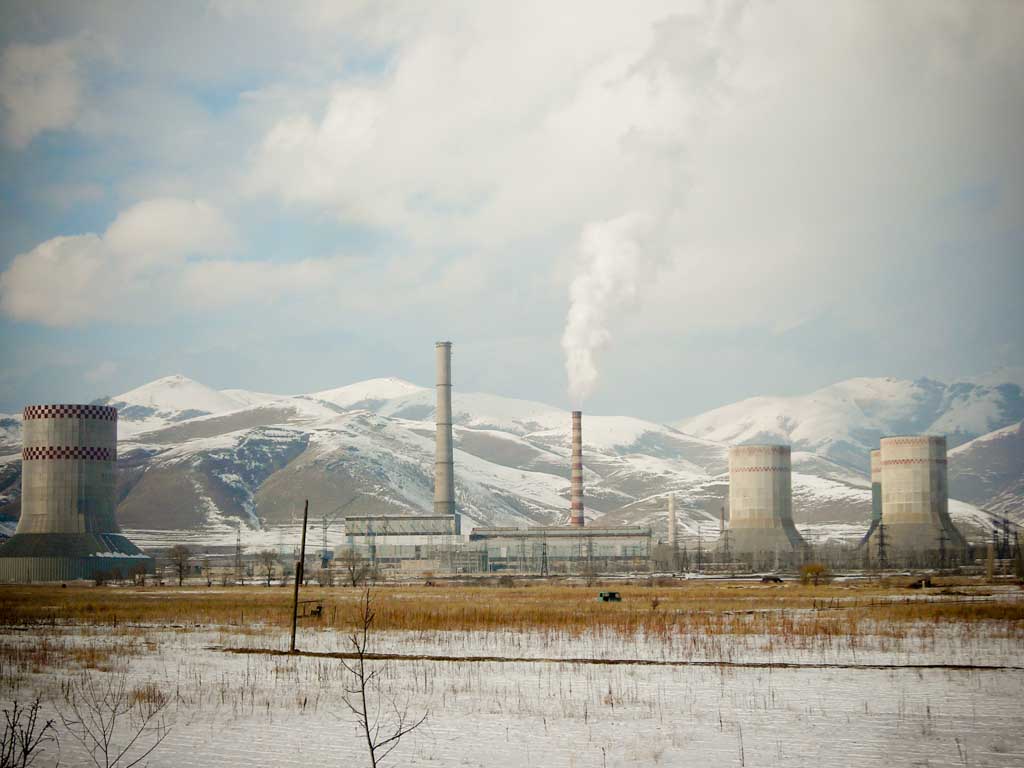 In the afternoon we visited natural hot baths near Hrazdan. On arrival it looks like a ramshackle selection of farm outbuildings. On further inspection we were shown along a snow-dusted path past a large rusty tin hanger and steaming boiler contraption to a room without a roof. A woman was wrestling a rusty broken pipe, spraying high-pressure hot water down to the ground and attempting to hold it in place with two large rocks. 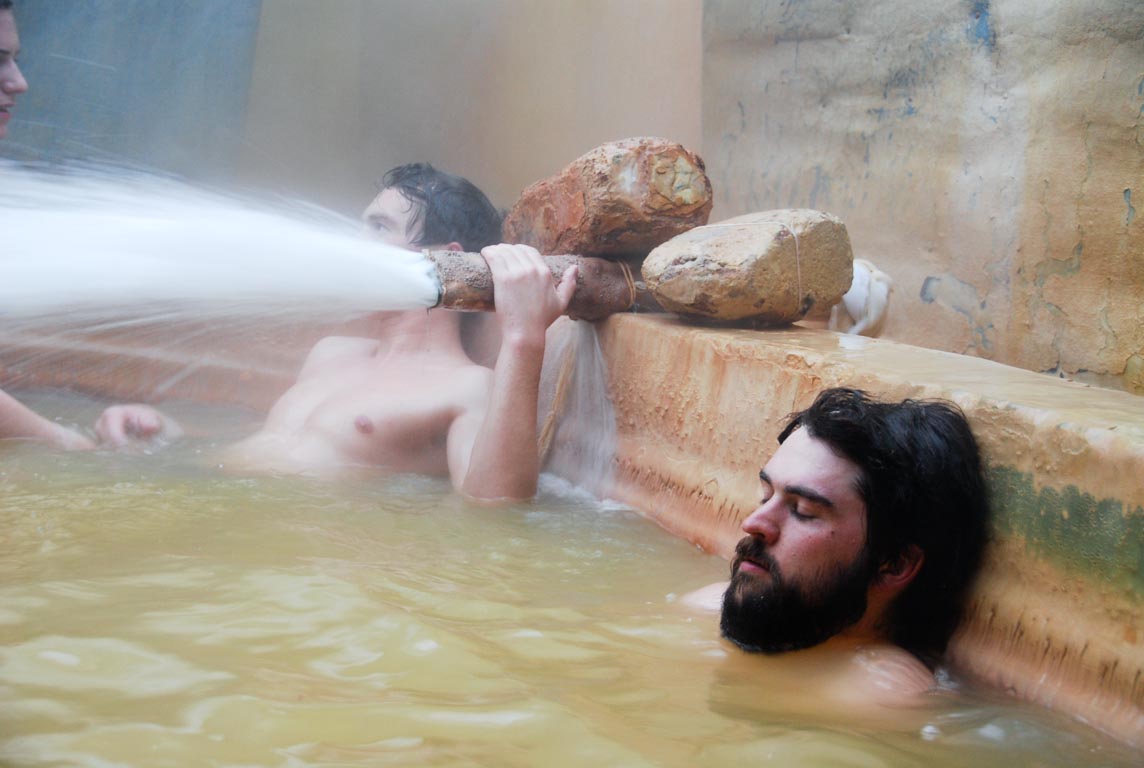 The water was more or less heading into a bath, which long ago had become a natural formation of thick sulphur deposits. The water was a gloriously warm 40 degrees and we periodically ran outside into the snow and back into the water, which was rather masochistic but intensely stimulating. Highly recommended. 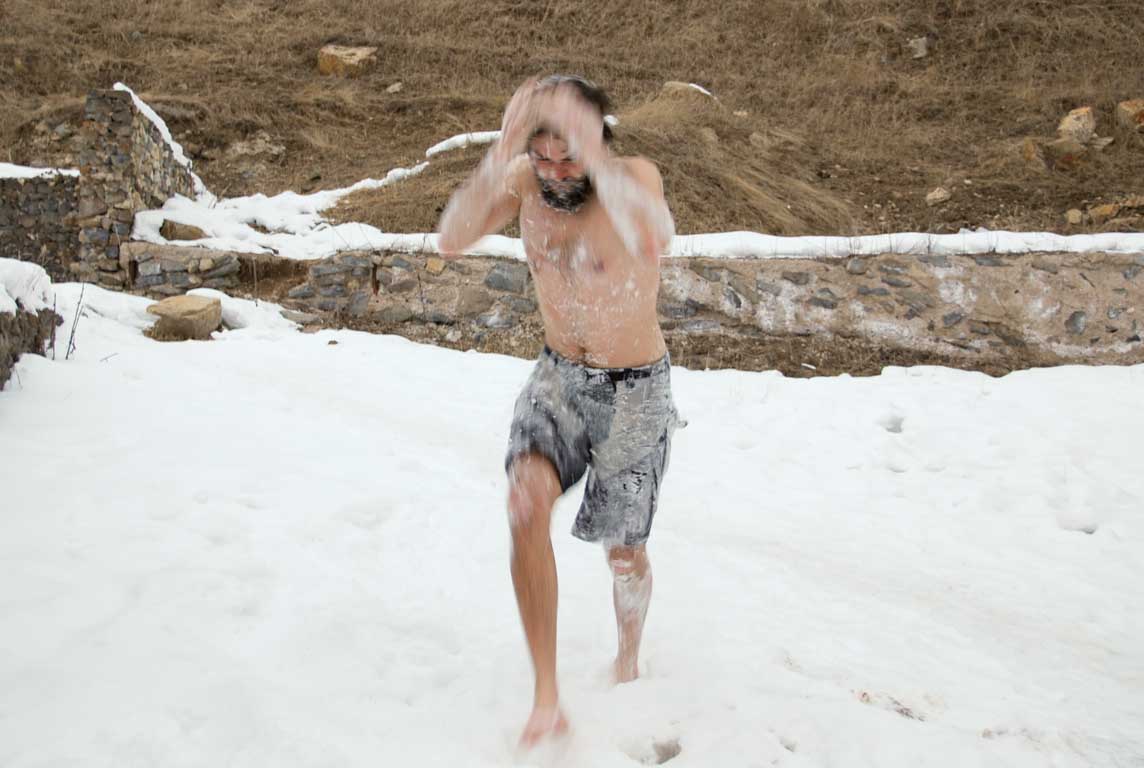 I am feeling personal frustration regarding the filming of our trip. Due to a lack of funds the podcast is on hold and hours of (what we think is) mind blowing footage is gathering dust. Hopefully time will iron out the problems and allow the production to reach its full potential.

Armenia has been one of the most beautiful and friendliest countries I have visited. On numerous occasions I have been shown incredibly warm hospitality. However, our stay is being marred by the frustration caused by the time it is taking to get through the bureaucracy concerning receiving a simple parcel. Let’s hope we finally get our sleeping bags soon and can make progress to Iran.