I contacted Goat from the ridingthespine.com because I was planning to do a similar trip. Goat and two friends rode the Great Divide Mountain bike route from Alaska down to Mexico and then rode off road all the way down the mountains of South America. I haven’t seen another trip quite like it and I was attracted to it’s adventurous spirit, ambition and willingness to get off the roads.

Goat is known for his wonderfully poetic writing and his email response to my queries about his bike, route, and other thoughts was equally mystic. He is always happy to get inquiries about the Ride the Spine trip. 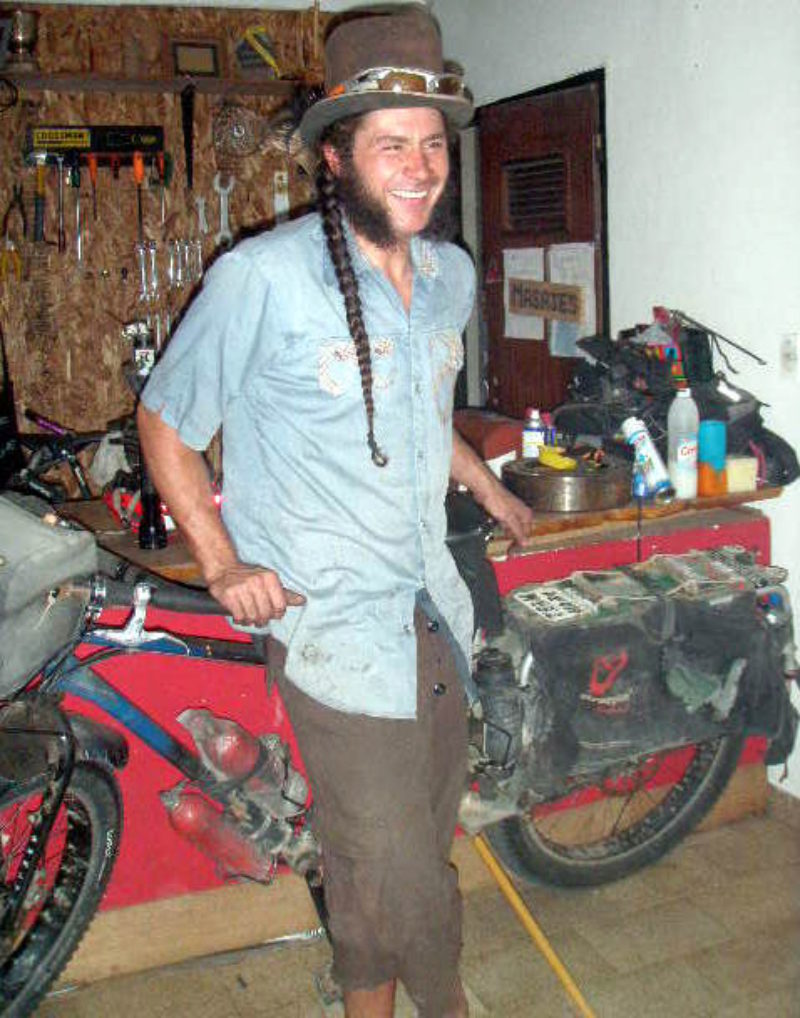 He said that the most challenging part of the journey was finding routes. I can totally relate to Goat on this point because when I was a guide I used to run ‘adventure routes’ which were recces to find unexplored paths and incorporate them into the regular routes. I spent a lot of time riding down what might have looked like a great new section of singletrack only to find that it petered out and I would have to retrace my steps or hack through the undergrowth.

None of Goat’s routes were on the map and he didn’t know where he would end up. Most people trying to get from A-B would be going along the smoothest routes e.g. the main roads but that wasn’t the point of Goat’s trip.

It was focused on traversing the complex and unpredictable natural environment and dealing with all the events and variables that came with that as opposed to the anthropocentric infrastructures which follow the main road routes (such as truck stops, restaurants, auto-repair shops etc).

Get the Best Maps Possible

Goat’s approach was to get the best maps possible (usually the military maps), often only available in the country’s capital. Approaching this navigational aspect of his trip from a non-civilian point of view (e.g. not going to the tourists maps), he was able to find the necessary information which would allow for a better chance of finding unexplored routes. These kind of maps were combined with any other map sources to formulate a collage of information (Google maps etc). Often a route from one map would be a dead end but then there would be a trace which would connect it to another route.

He operated on the assumption that people live everywhere in Latin America and where there are people there are trails. I found this in Mongolia; there were trails everywhere and each valley, no matter how immense and sprawling, normally had a yurt, farmer, animals, and family and they would always know the local area, connections to larger settlements, and ways to make onward progress.

Goat said that maps in South America would often have blank spots with a few names (e.g. towns or ranches) (similar to Mongolia) and these would be concealing potentially more developed settlements that the map was letting on to and these would offer ways to connect the dots between unmapped routes.

Goat said that his team were often getting lost due to people giving bad directions and the fact that ‘provincial folk don’t travel much’ (they tended to think they knew a lot more than that actually did). However, something which I already love about Goat’s mentality and I quote:

“but since we weren’t going any where in particular: no pasa nada.”

Goat speaks good Spanish and says that it is imperative for the kind of travel he made because once he got out into the remote areas, people hardly spoke Spanish, let alone English.

He is proud of his bike which is a ‘Chupa Cabra’, a modified long wheel-base ‘Surly’ with four inch tyres. 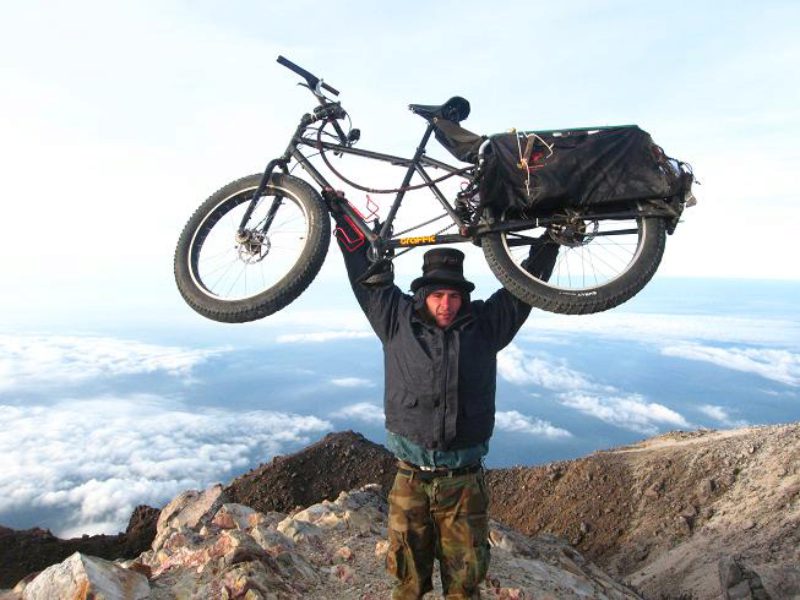 “l love it, the big tires really do help in serious mud/ sand conditions and pumped up hard they go surprisingly fast on hard pack.”

The main problem with the set up was that the tyres were impossible to get and had to be shipped from the States which he complained was a major hassle. Nevertheless, he maintains that the setup worked brilliantly for him.

Here it’s clear that the emphasis is on the experience of riding the trails as opposed to just getting through. This is a dilemma though because it’s important to have a base level of survival gear. Carrying a tent and sleeping bag offer the freedom of not needing to find a place to stay and the stove offers the freedom of being able to cook wherever (e.g. if there is no wood for fire). Although having less kit sounds like more freedom, it is counterbalanced by the fact you are going to be relying on someone or something else for support (we’re nothing without our fellow humans right!) Food for thought. Cheers Goat

Ode to the Chupacabra Riding the Spine

This was originally posted in 2011.