Over the last week of riding Tom and I have ventured off the beaten track. After the town of Bulgan the asphalt ended. Soon we were back on the dirt tracks which have made cycling more fun overall. 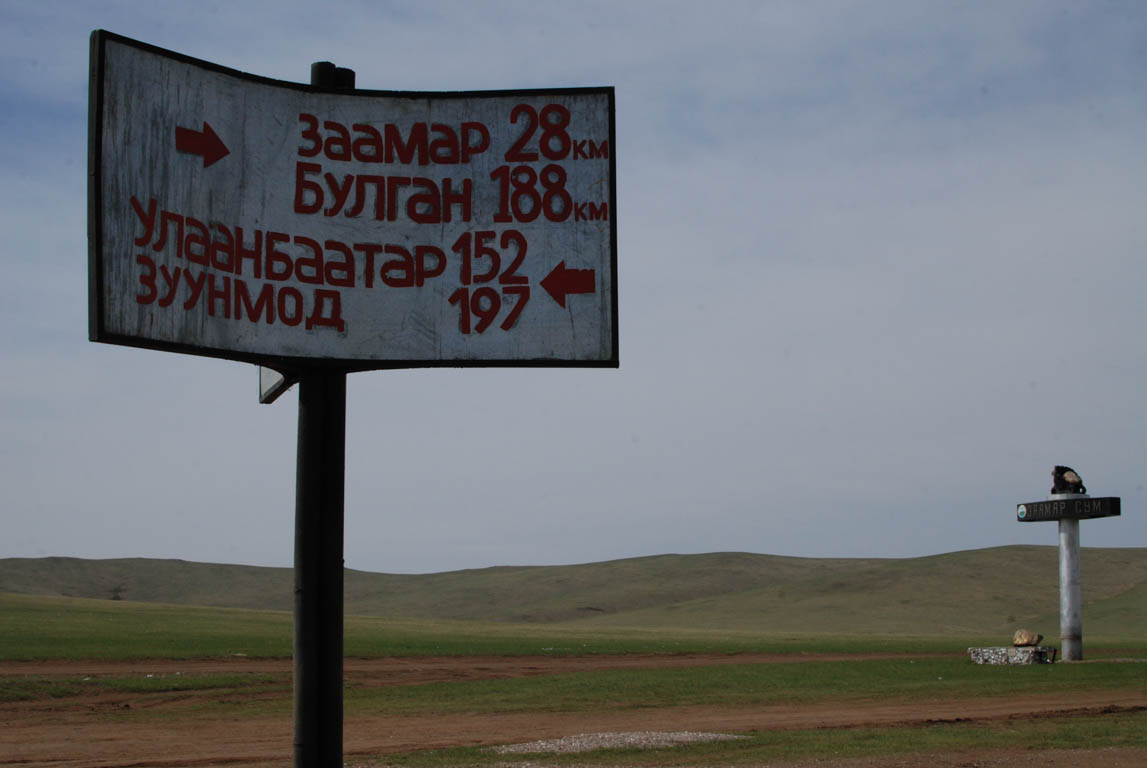 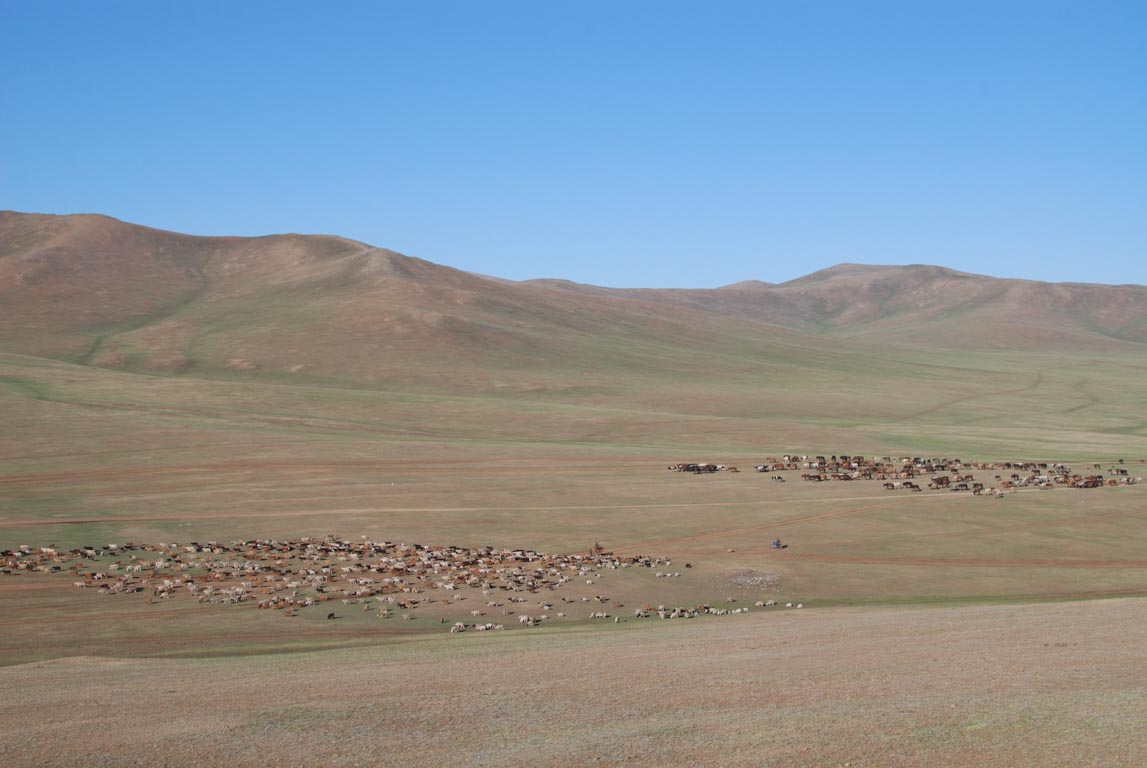 We cycled on open steppe and climbed a number of stunning passes. One night we camped on the edge of a wide area of pine forest on the hillside. When the sun set it cast a rich glow through the trees and over our campsite giving some great photo opportunities.

However, it was possible for epic steppe to become boring after five hours of cycling in the heat. There was a lot of time to think and my mind wandered on banal trains of thought. 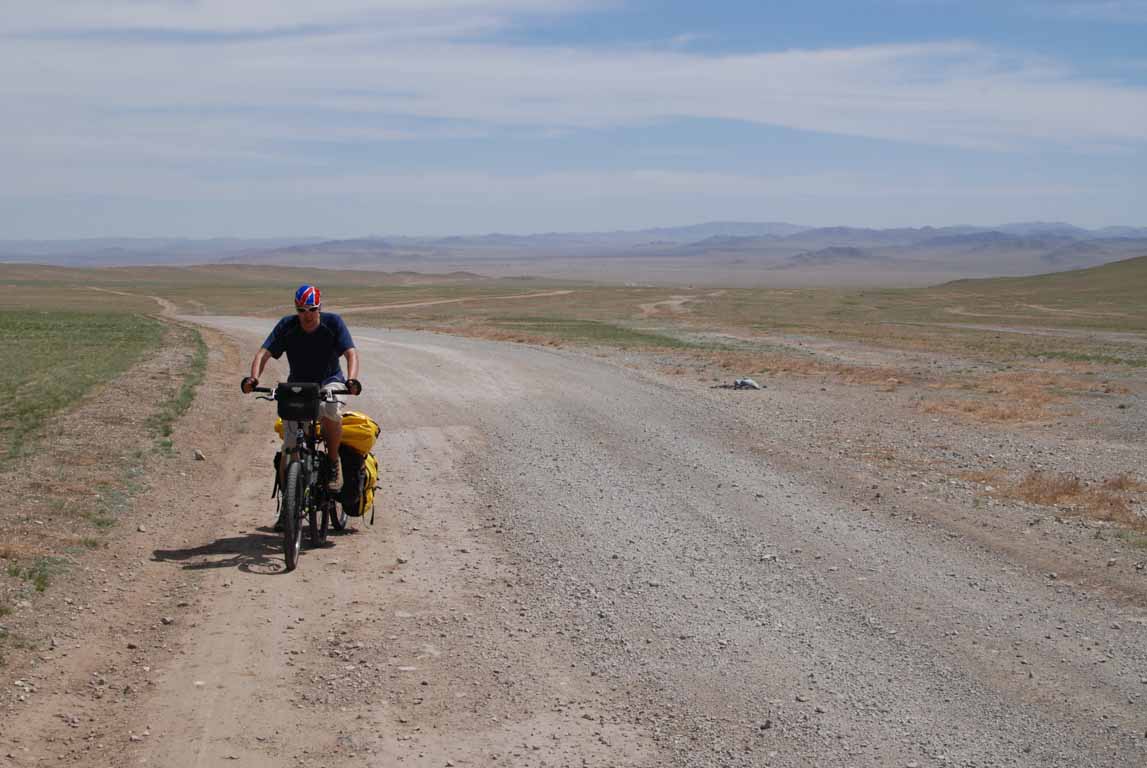 We have met people en route. A typical situation is that a Mongolia on a motorbike will stop and we will have a short chat with the rider. Maybe it is that I am pretty familiar with this type of exchange but I’ve started to find them rather repetitive. 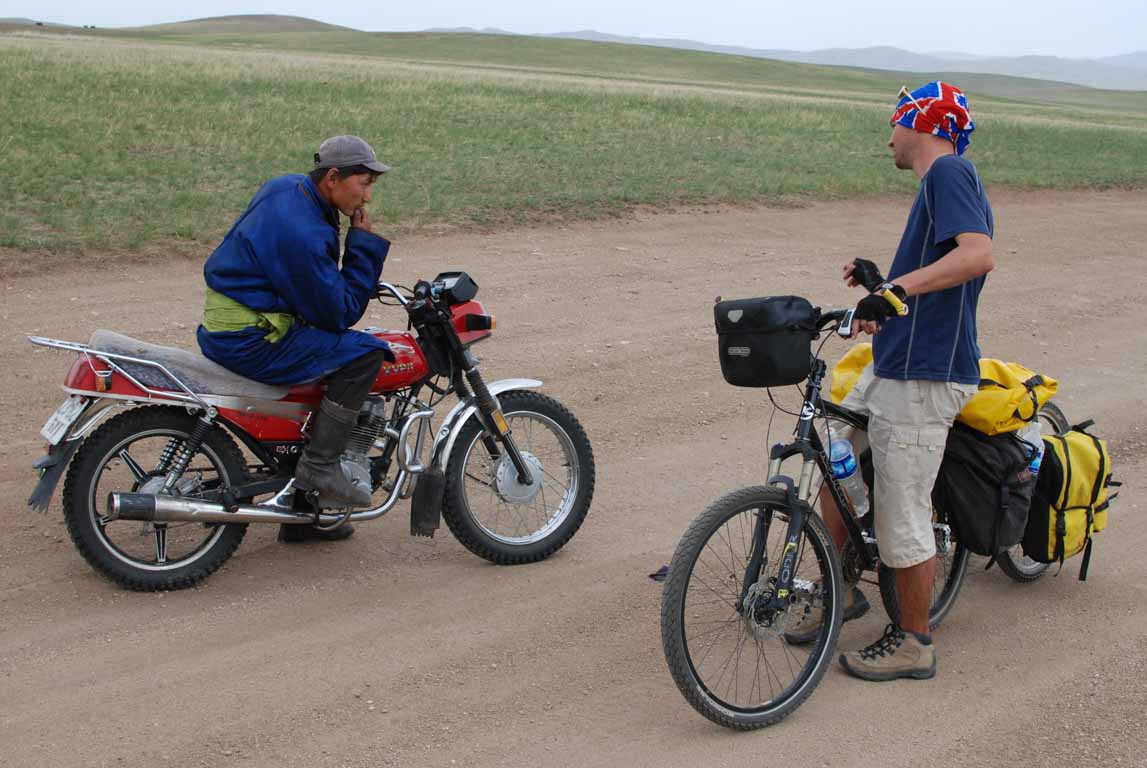 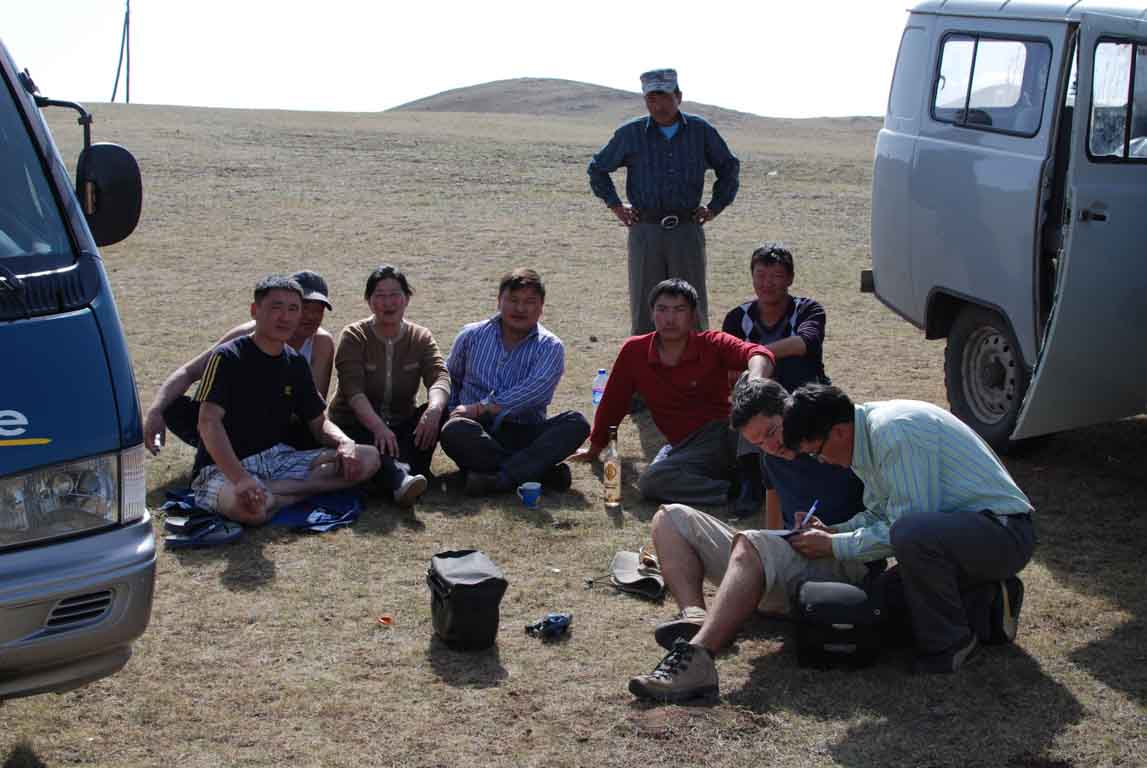 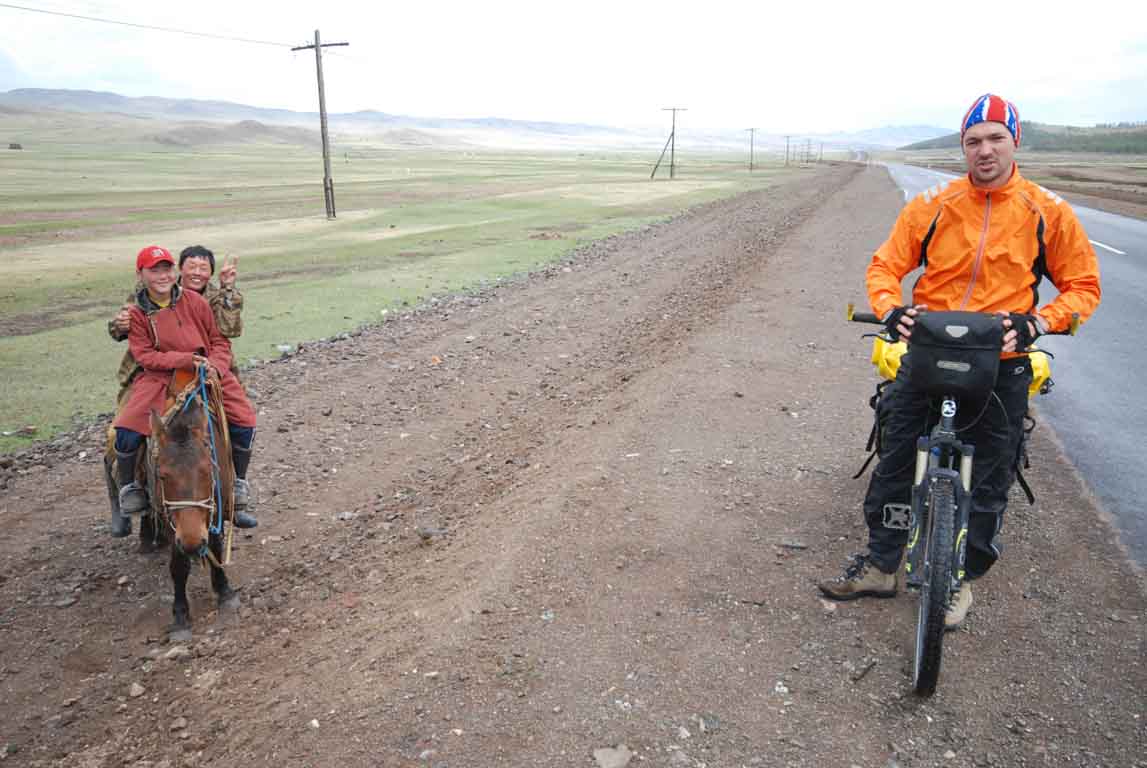 However, there is still a lot of be gained from even these simple interactions which can serve to brighten an afternoon’s riding. We were about to reach the mountain pass on the way to a town called Rashaant when a small boy cantered over to me on his horse and stopped to watch me. He came over to look at my bike. The look of sheer awe and excitement in his eyes was incredible as he fiddled with the controls, twisting the grips and prodding the gears. It was like it was the first time he had seen such a thing.

We have stopped a few times to drink tea in gers and my impression of the ger lifestyle is one of a wonderful simplicity that appears to want for nothing. With a perhaps rose-tinted view, I did wonder, what more could one want? With a home, family and a small collection of possessions. With a herd of animals to provide food, milk and a means of exchange for other commodities, it seemed to me that all the bases were covered.

It looked to be a hard but satisfying lifestyle. I am particularly fond of the ger and it is my intention to build or import one into England.

The ger is a round temporary dwelling designed in Mongolia and used by the traditional nomadic people. It is constructed from a wooden frame with a felt covering and is suitable for living through the harsh winter. 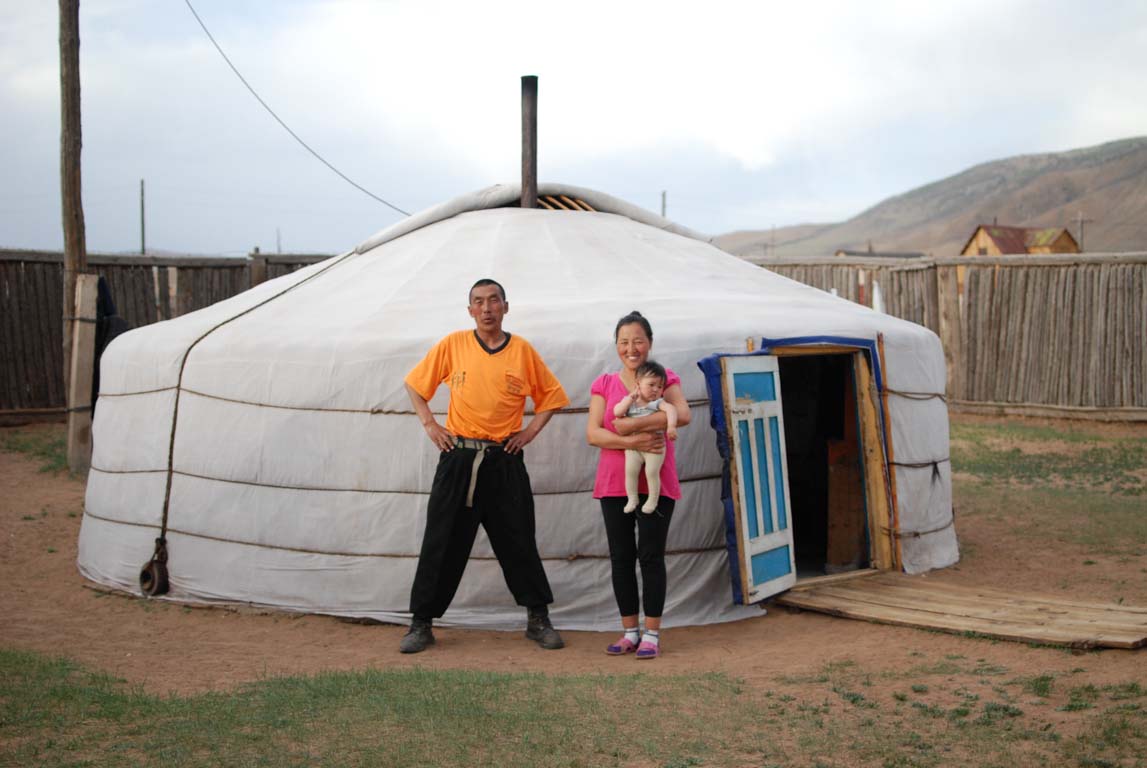 The ger’s circular shape affords a certain calm atmosphere. The dwelling is unique in that it feels more permanent and homely than a tent but less overbearing and constrictive than a bricks and mortar space. 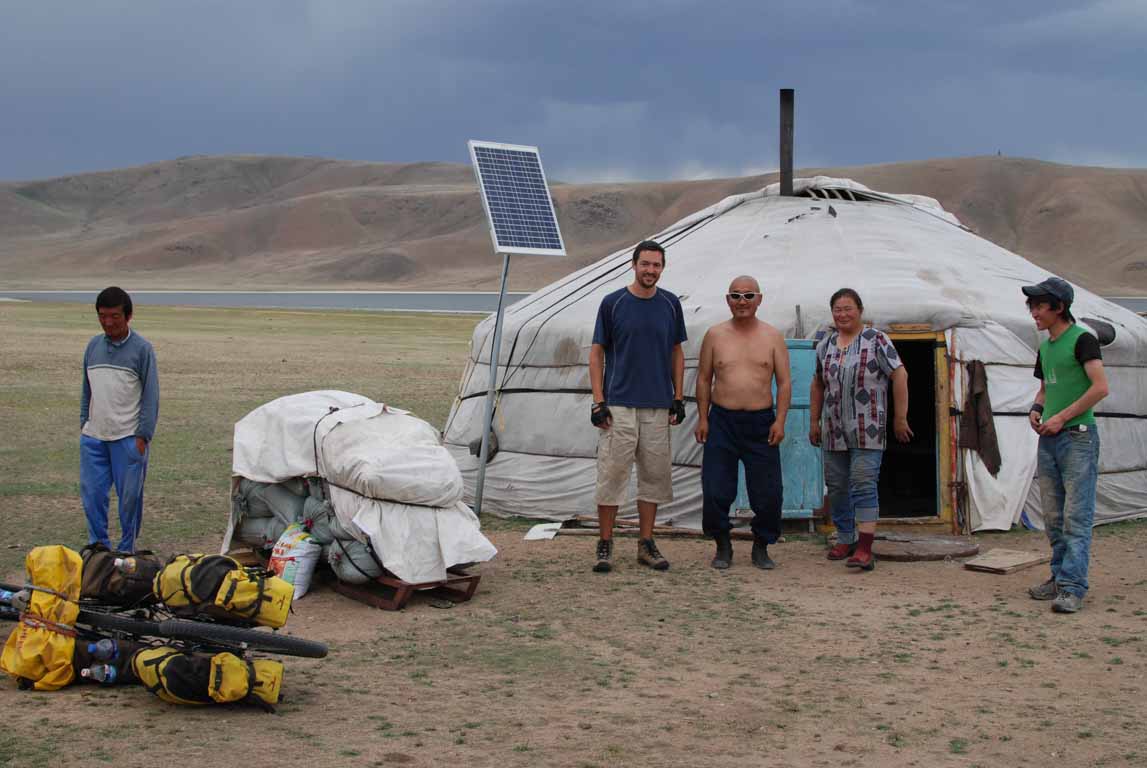 We are staying in a ger at ‘Baigal’s Guesthouse’ here in the town of Moron. There is not much to report other than we have taken a good rest. We met some French motorcyclists called Ann and Louie who are making a world trip on their 25 year old French bikes. 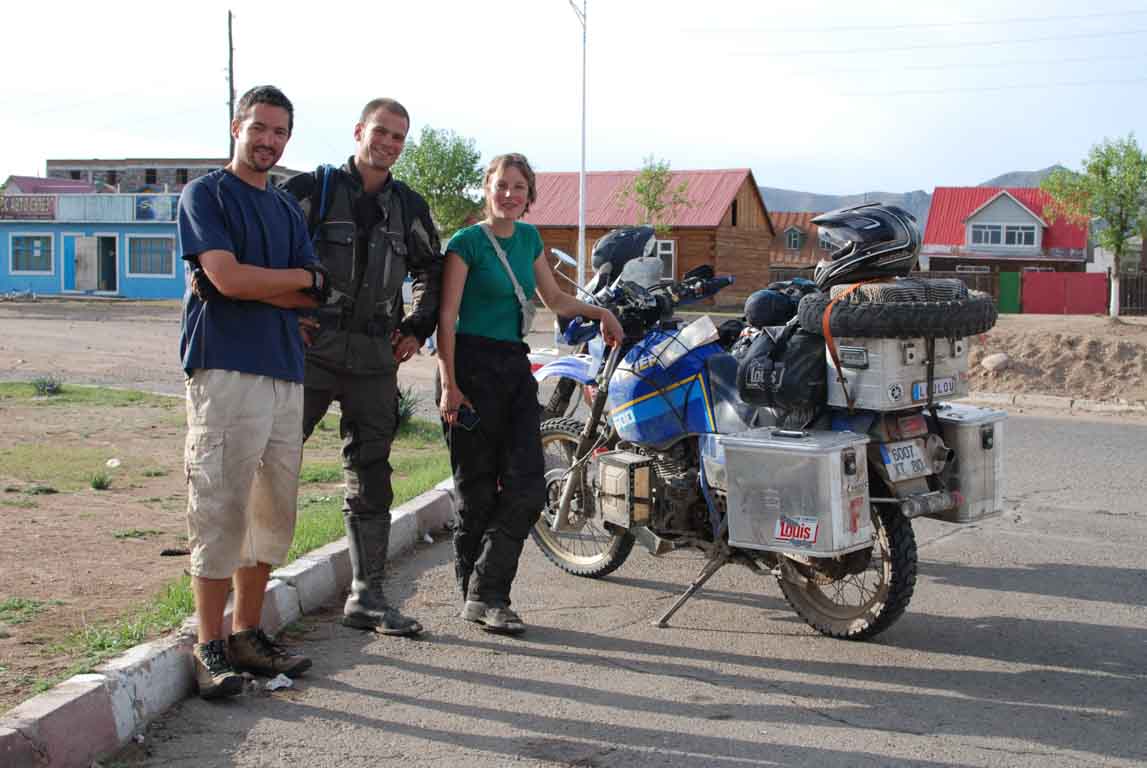 Tom and I found we had more in common with the motorcyclists compared to some other tourists. Ann and Louie had many unique stories from their travels. These included tales of fixing their often unreliable bikes in less than ideal conditions. They were friendly and we shares some beers and food.

Tom and I are heading off this afternoon to the Hovsgul lake which is the second deepest lake in the world. It’s a 100km climb to get there. Apparently it’s still covered in ice and the temperature at the lake is a lot lower. I am glad I brought my warm sleeping bag. We intend to take another off-the-beaten-track route and possibly spend some time investigating the mountains to the west of the lake.

Regarding our future plans it is likely we will skip out a section in the west of Mongolia and leave early July back into Russia but nothing is as yet set in stone.