I feel a bit like I haven’t been telling the full story through the blog. This is mainly because I’ve had to do everything from Internet cafes and time, expense and technical limitations (Internet connection) are a factor.

December involved a strategic decision to get off the main highway and spend some time exploring smaller villages and towns. Upon reaching the city of Bharoch I took a small road to find somewhere to camp. After pedalling through a banana plantation passing small farmsteads I realised I was next to a huge river. I propped up the bike and gazed in awe at the wide Nermada river and palm forest disappearing in the hazy distance.

I asked a man on a bike about whether there was a bridge further along, but he told me that the one I needed to take, I had passed and was back in the town. I really wanted to camp in the area where I was right then, rather than having to go back through the noise and pollution of Bharoch which was also a fair few extra kilometres ride.

There was a large sign with a picture of a bearded man dressed in orange which I presumed was a holy man. It was at the junction of a side road. So I took the road to see what the sign led to, which turned out to be a small temple.

There I met a boy, who would have been around 18 years old, dressed in a Doti (a sheet wrapped around the waist and legs) and a western style t-shirt with a print reading ‘Las Vegas’. I asked him whether he knew a place I could camp. He was accompanied by a tall sinewy man with with yellow paint on his forehead, a shawl around his shoulders and a Doti. It appeared that I interrupted them doing a spot of gardening. 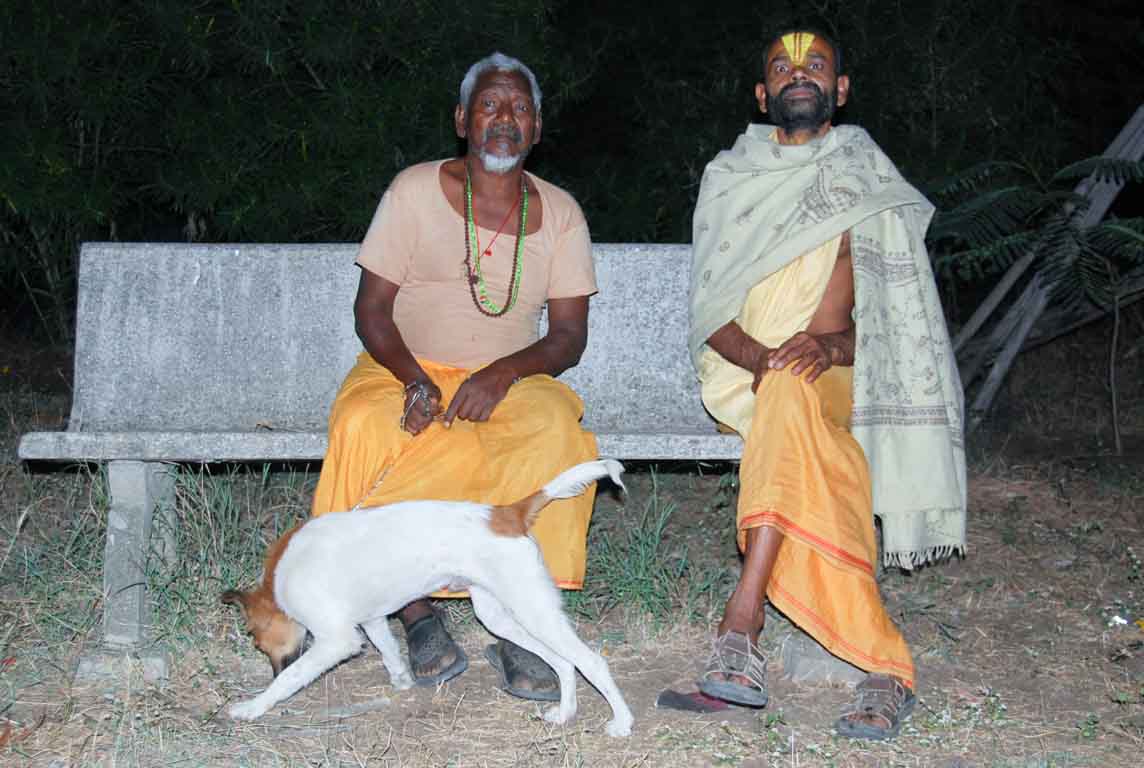 Luckily enough, I was given a room and dinner. I met the guy from the picture on the sign who was the leader and his name was Swami Lokarnand. He was the main religious man who occupied the place. A Swami is someone who is on the way to achieving spiritual enlightenment. 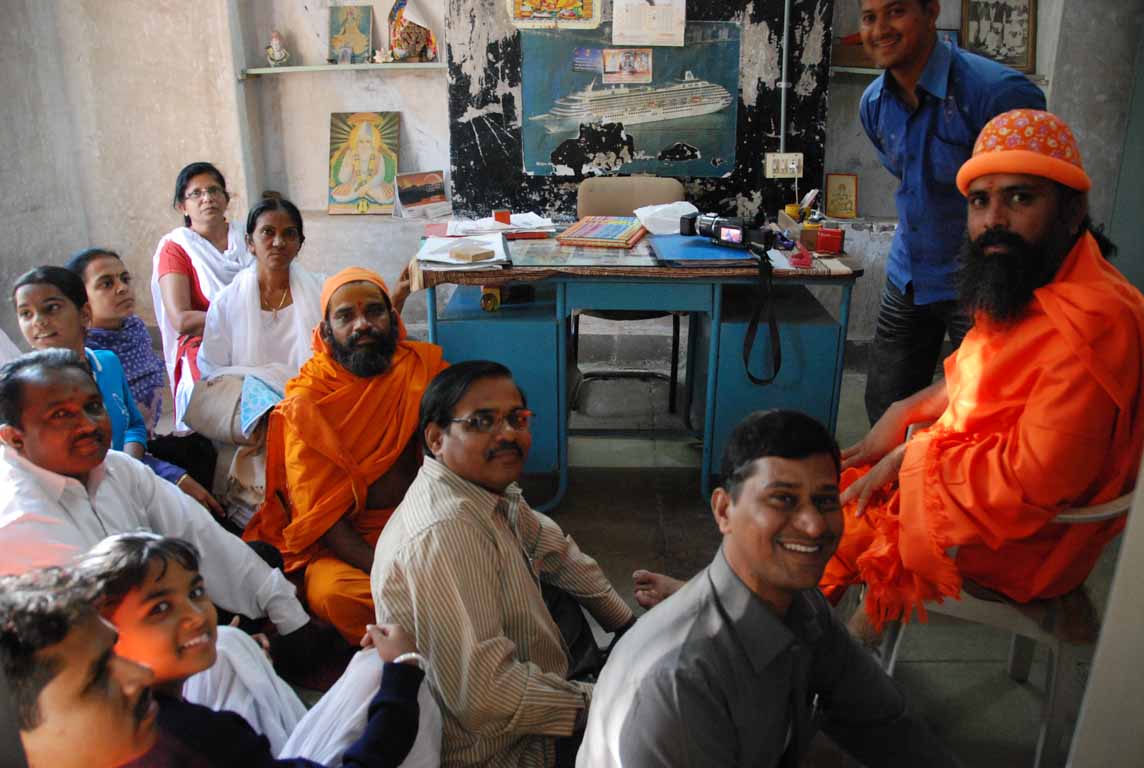 He was an attractive guy. He had a handsome round face and bushy black beard with warm peaceful eyes. He offered me to take a rest day with them and I agreed. He was running a program of meditation and yoga that week and asked me to stay and ‘shoot it’ as he humorously kept reminding me about. I became the resident photographer and travelling pilgrim (as I liked to think). I ended up staying 8 days. To be continued. 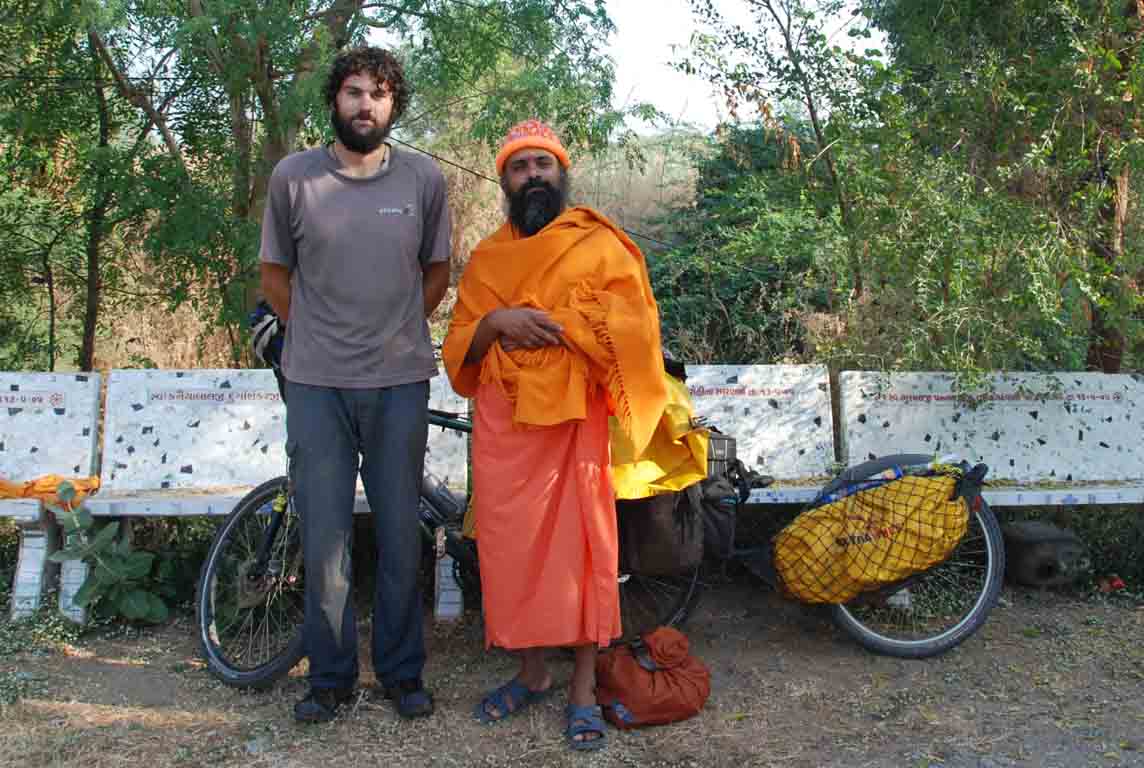