The ride out of Tehran was a leap into the unknown for me. I had been killing myself worrying about the crossing from Iran to Pakistan and the perceived danger of Southern Iran. Now I was actually making tracks towards that point, it didn’t feel that bad. Life was carrying on. No groups of terrorists emerged from the desert. No one tortured me because I was English. No Americans bombed me or water-boarded me. I didn’t die of thirst or starvation. I did managed to cycle huge distances through ghostly plains on the edge of the Dasht-e Kavir desert. 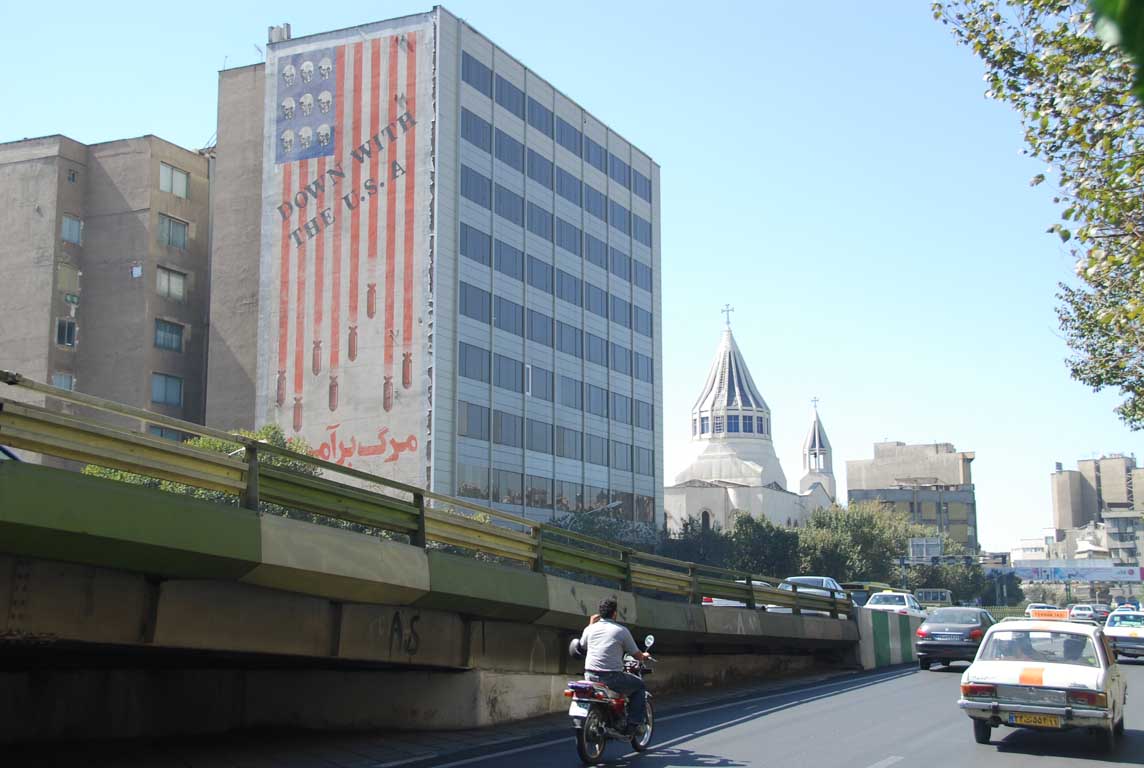 I cycled past the city of Qom and on to Isfahan. On the way, I stayed with a family in a town call Meshikat. I asked them for a place to camp and was taken into their (extended) family home for the night. I sat in the big living room on typical, patterned carpets. The walls were painted light blue and there were cushions positioned around the edge of the room. 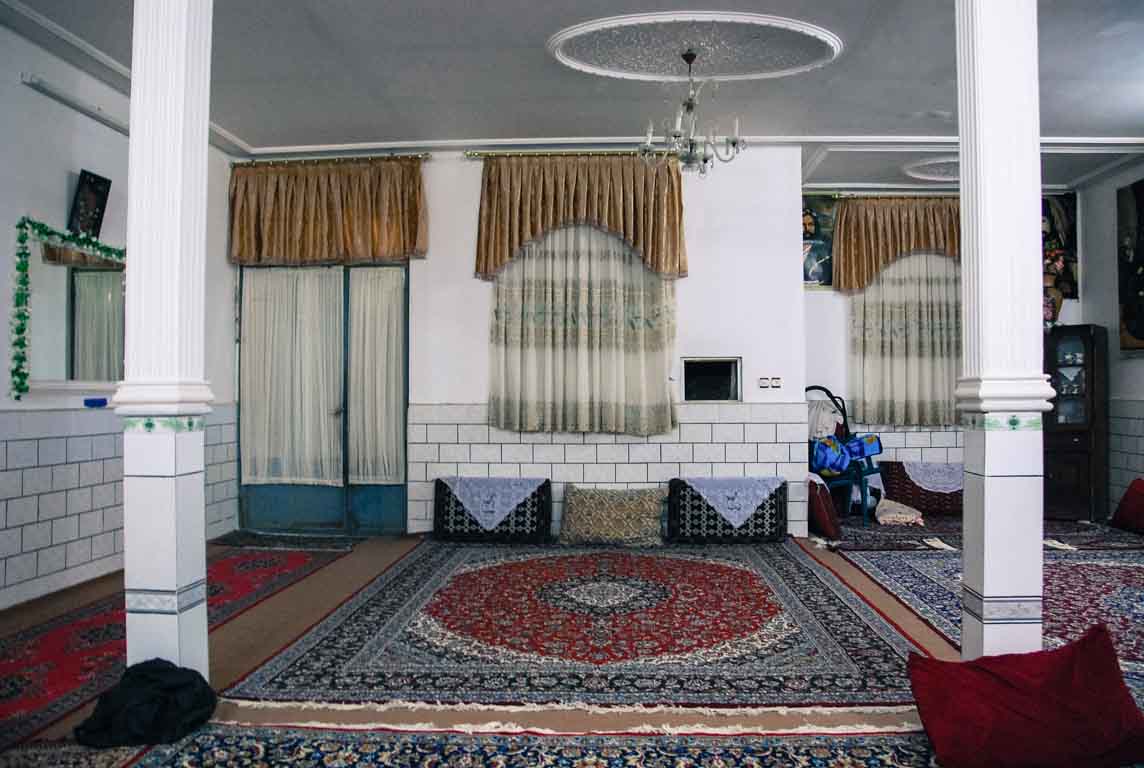 They produced their own carpets and I was shown the carpet weaving process. The completed carpet would sell for $500. 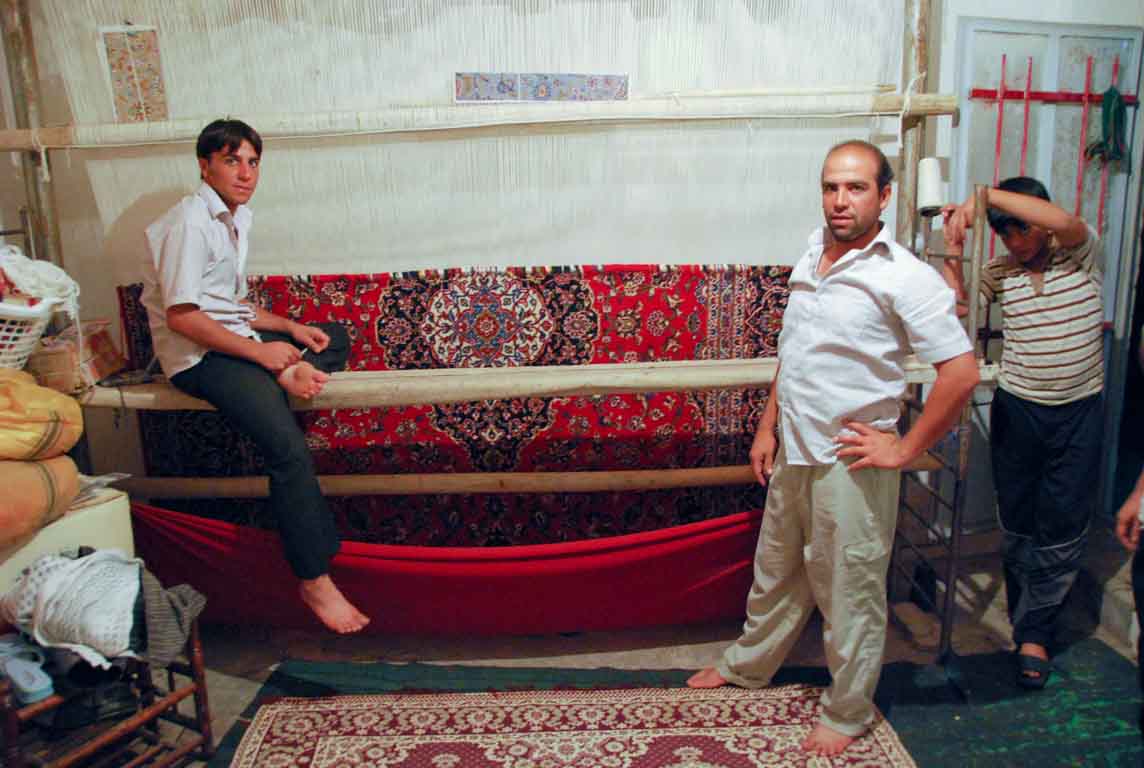 The family had a collection of pigeons on the roof in two big cages which they bred to sell. It was strange to be invited up to the roof and then see cages of pigeons which most people regard in England as flying vermin.

At first I thought they were for eating but pigeon breeding is an Iranian traditional. For example the Iranian Highflying Tumbler is bread for endurance flying competitions.

The women of the family prepared food in the kitchen and only showed up for sleeping.

I managed to get in a thank you in a sort of shuffling, embarrassed way when one was hastily passing through the living room.

I ate a delicious meal with the whole family. At prayer time everyone stopped what they were doing and prayed.

I was given sheets and a luxurious pillow and slept on the carpet .

The Iranian people were always very helpful and hospitable. They would say it was part of the Iranian culture and it is but perhaps it is so strong because of the history of nomadic peoples and the culture of hospitality related to that.