Having cycled to the Caucasus, I arrived in Armenia, spring 2008 and was staying with some Couchsurfers, Max and Irene. 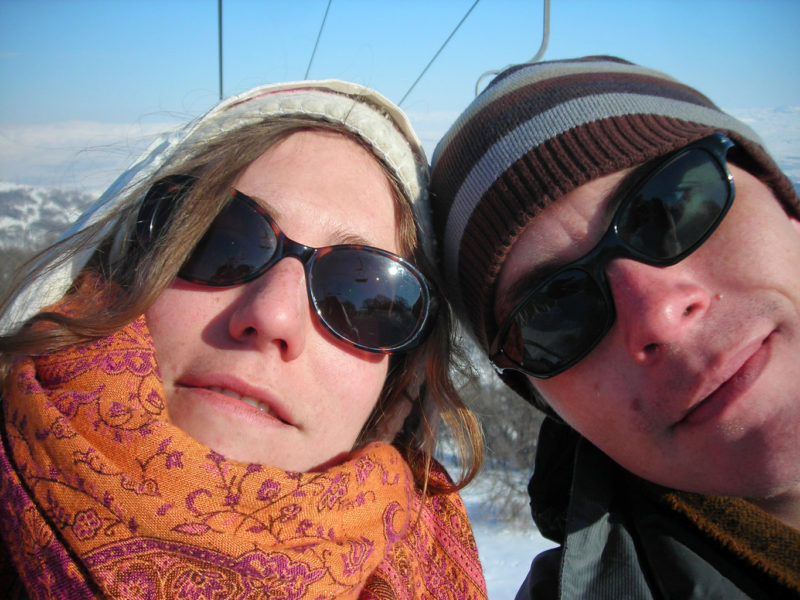 Max suggested we go skiing in the nearby mountains. I felt a little dubious because I didn’t want to get injured but I couldn’t resist. Max’s friend turned up in a Nissan 4x4 and we piled in. 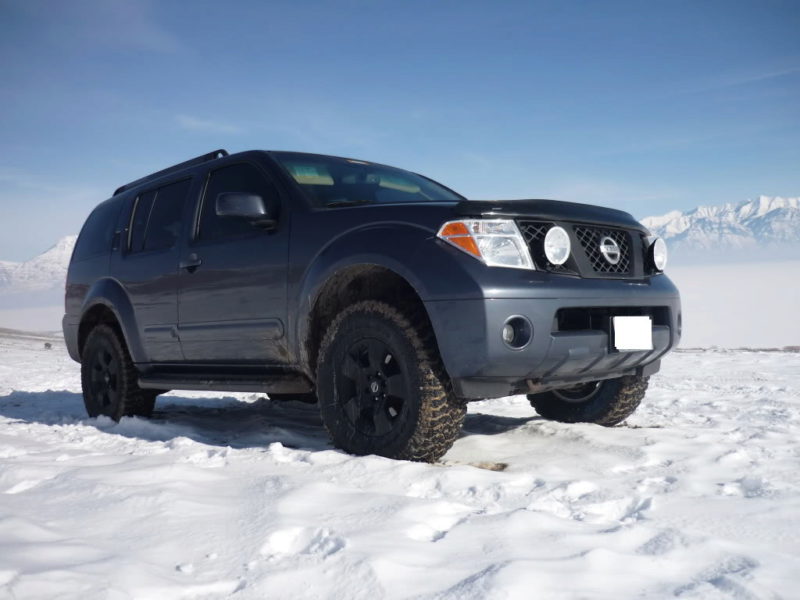 He drove fast up the highway, the car flying along in a jet stream of cold air. Then we turned off before lake Sevan up to the ski resort.

It was a glorious sunny day. It felt quite strange to arrive at a ski resort for there to only be a small number of people in a car park, one cafe and a lift. I was intrigued to see if my fitness had noticeably improved with so much cycling! I was wearing my waterproof trousers over normal trousers. I had my Puffa jacket on but it was still pretty fresh. The resort was less ‘developed’ than a French one and the piste was shorter from top to bottom. The conditions weren’t great but it felt good to be on the slopes. I feel as if I’ve never had the best skiing technique honed on a school ski trip and a few subsequent trips via cheap deals whilst at university.

I became a little over confident towards the end of the skiing session. Max asked me if I wanted to ski down the mountain from top to bottom to finish the day. I was tired but I said yes and on the way up found myself sitting beside some professional snowboarders from a European magazine.

The guy told me hold they had been snowboarding on Aragat and were making an article about the Caucasus. I felt out of my depth!

At the top of the ski lift, the air was cold. One could feel the temperature dropping as the sun set, casting a pink light over the quiet mountains. I felt in a rush to get down the mountain and that was panicking me a bit. 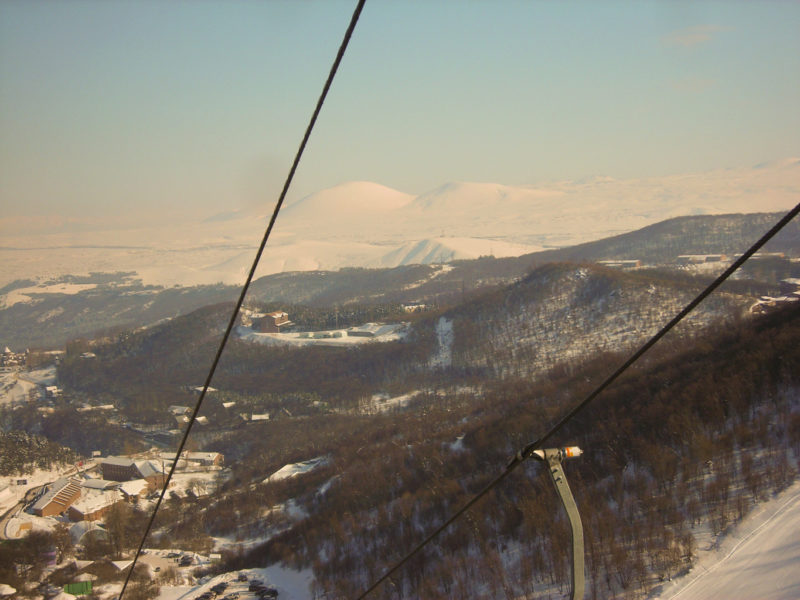 We got off the lift and I followed Max down a bit of piste. We stopped and the magazine journalist glided past off-piste. Max was drawn along behind them and I followed.

I gingerly skied after Max, who quickly progressed away from me, down a very steep part and stopped just within my sight, on the brink of the next drop down.

I saw the steep part ahead of me, but instead of confidently dropping down and controlling my speed afterwards, I lapsed into a poor technique attempting to turn. I flipped and rolled before coming to a stop wedging my poles into the snow.

What I hadn’t realised was that I had been on top of a hard crust of ice formed on top of some soft snow. One of my skis had come off. I side-stepped back up where I had originally fell.

I searched for a while for my ski but it was nowhere to be found. I was going to have to make my way down the mountain on one ski. It was tiring and took, what felt like, a long time to get back to the piste.

Max called up the snow patrol and a snow bike was sent out to get me. The $100 for the lost ski seemed like a lot compared to my shoestring budget but i was worth it for the unique experience.