On 24th October cyclists, walkers and skaters gathered outside the Philharmonia theatre in Tbilisi to parade down Rustaveli as part of Climate Week combined with the ‘Tbilisoba’ or Tbilisi’s day- a yearly traditional celebration. 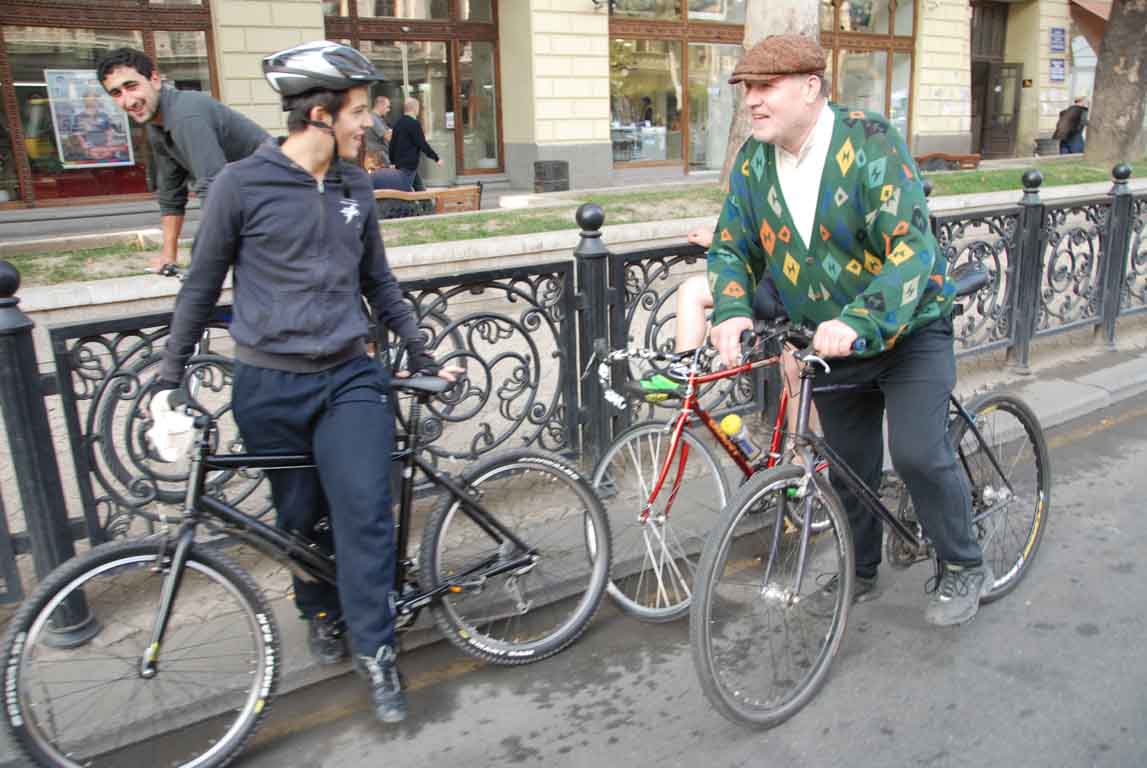 Meeting new people on the ride. 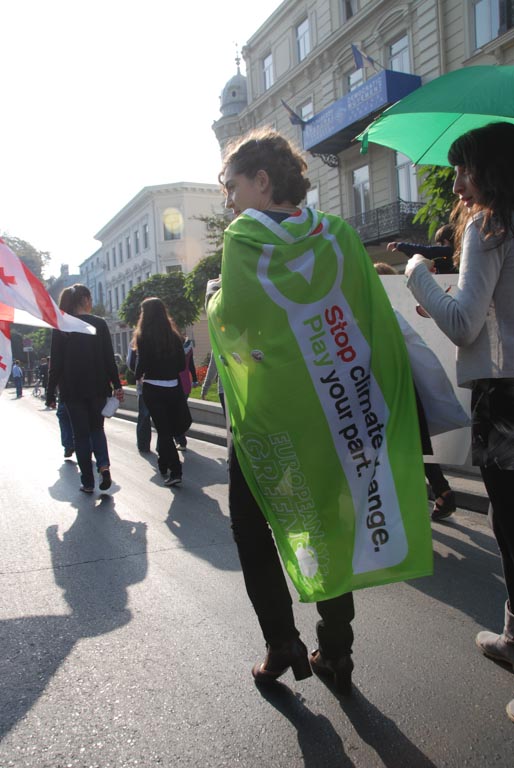 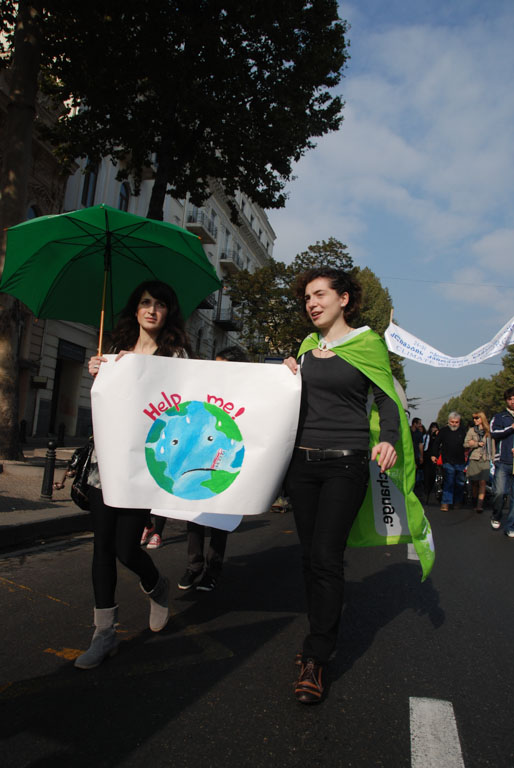 People with banners and placards. 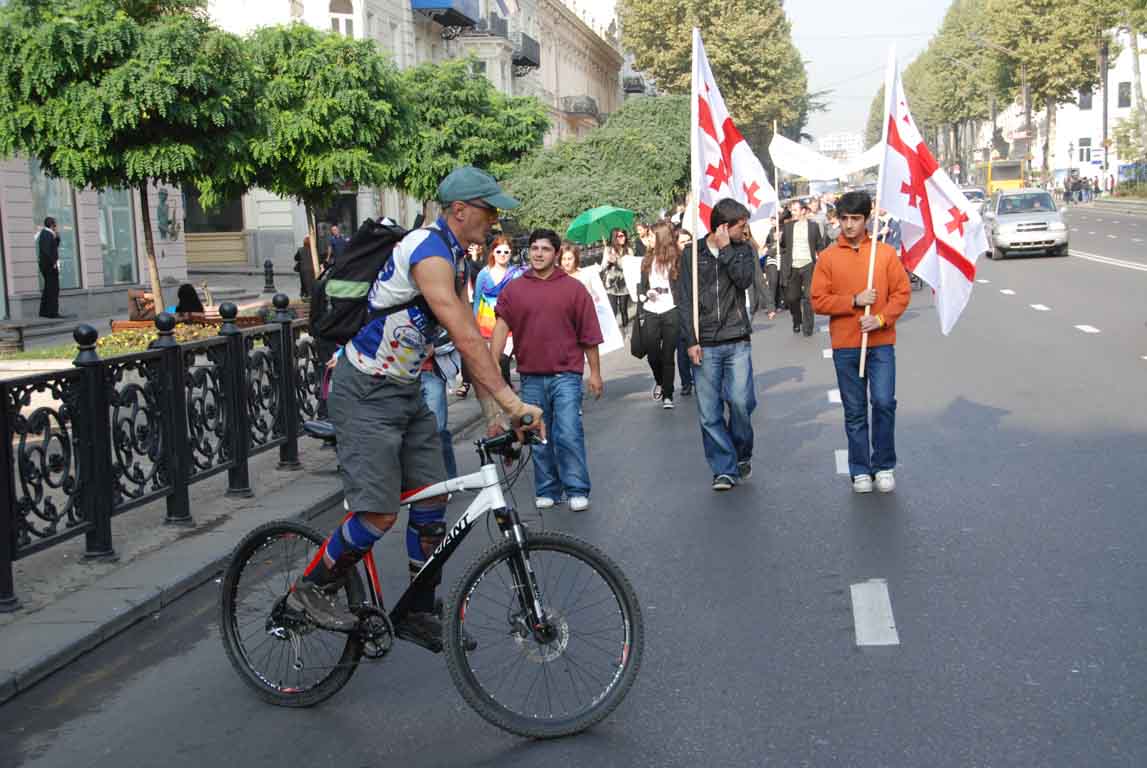 Walking with the Georgian flags and Merabi local biker in the foreground.

All the cyclists from the locality were there including some 50 teenagers with mountain bikes and bmxes. 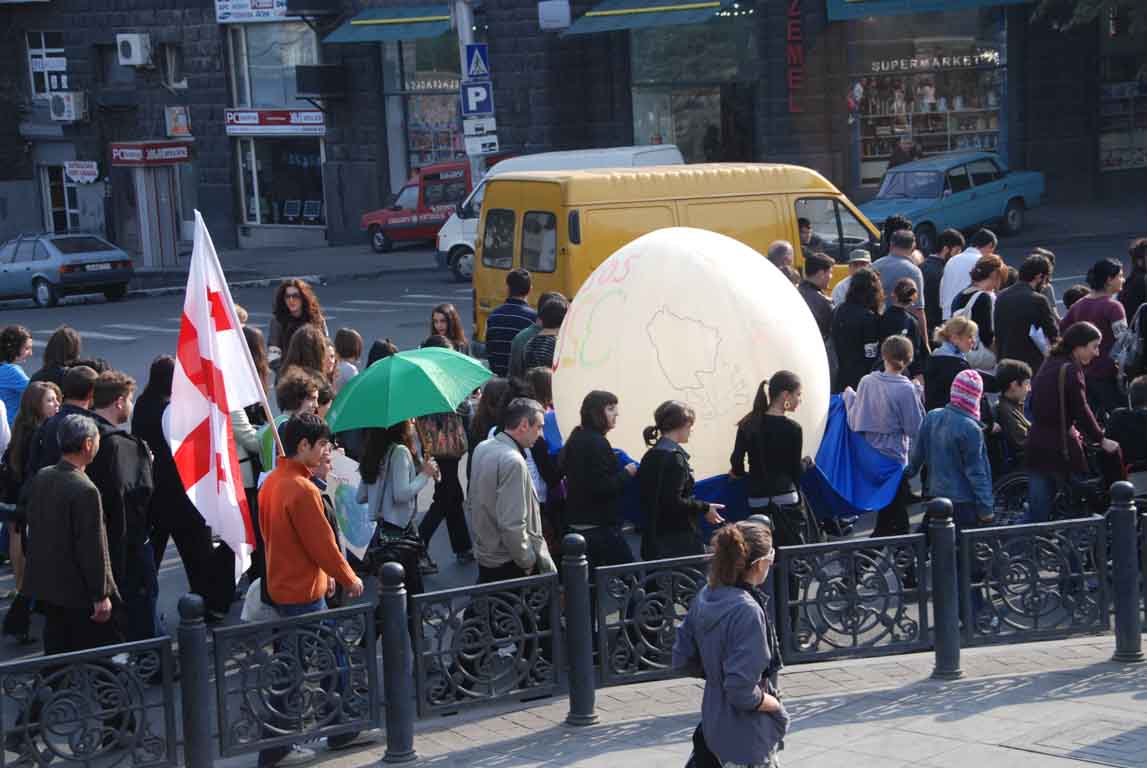 Carrying round an inflatable planet.

A huge  inflatable earth was carried by teenagers and a girl on a skateboard.  The police came to make sure the road was closed and oversee the operations. When it was time to go, some of the cyclists sped off like it was a race so I made sure I got out first and filmed the chaos of cyclists speeding around me. 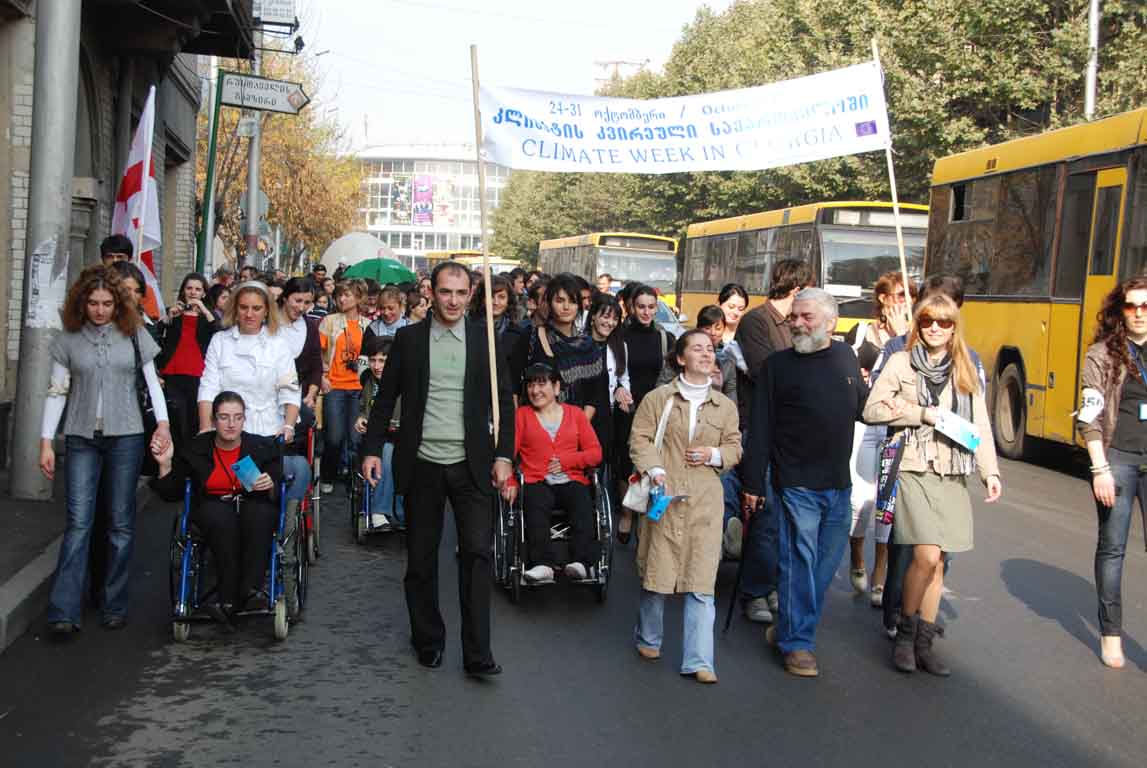 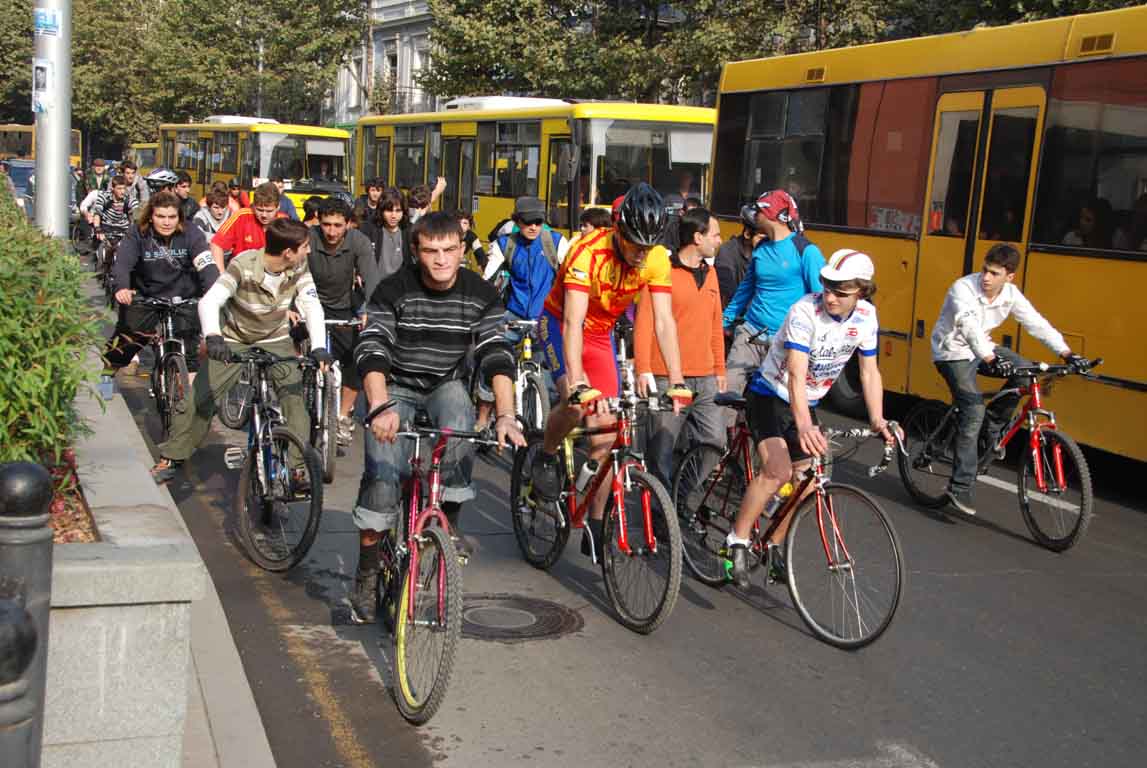 All people young and old. 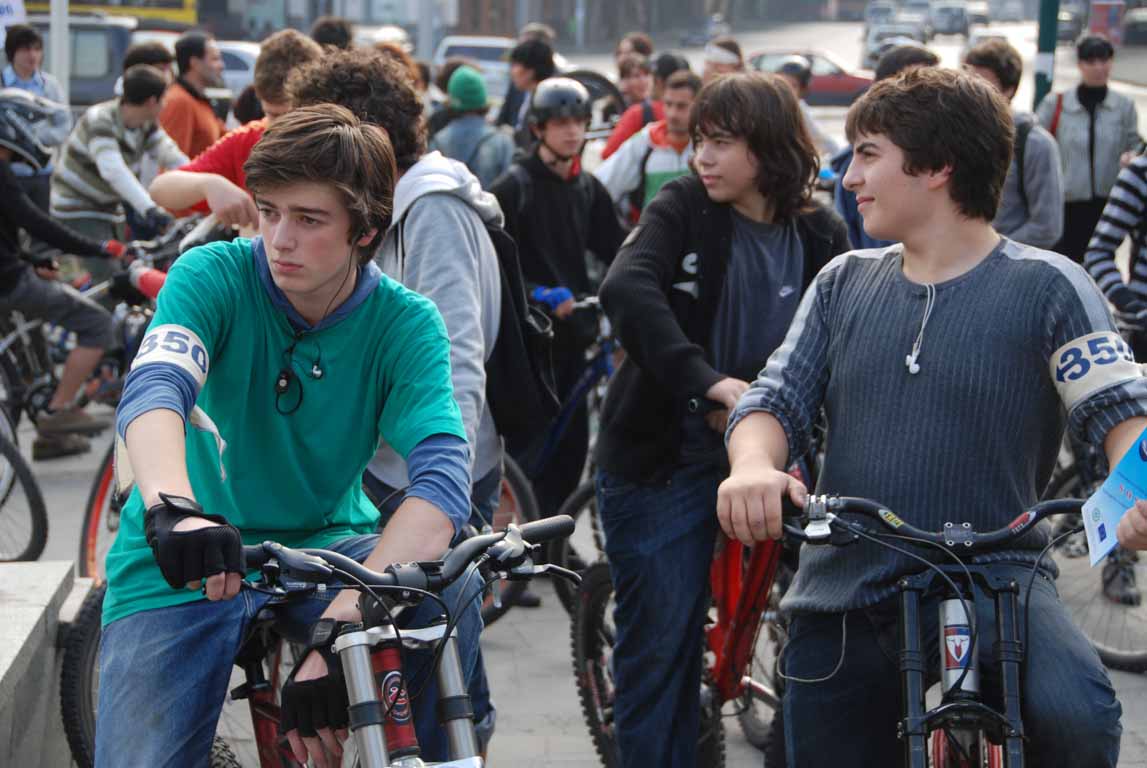 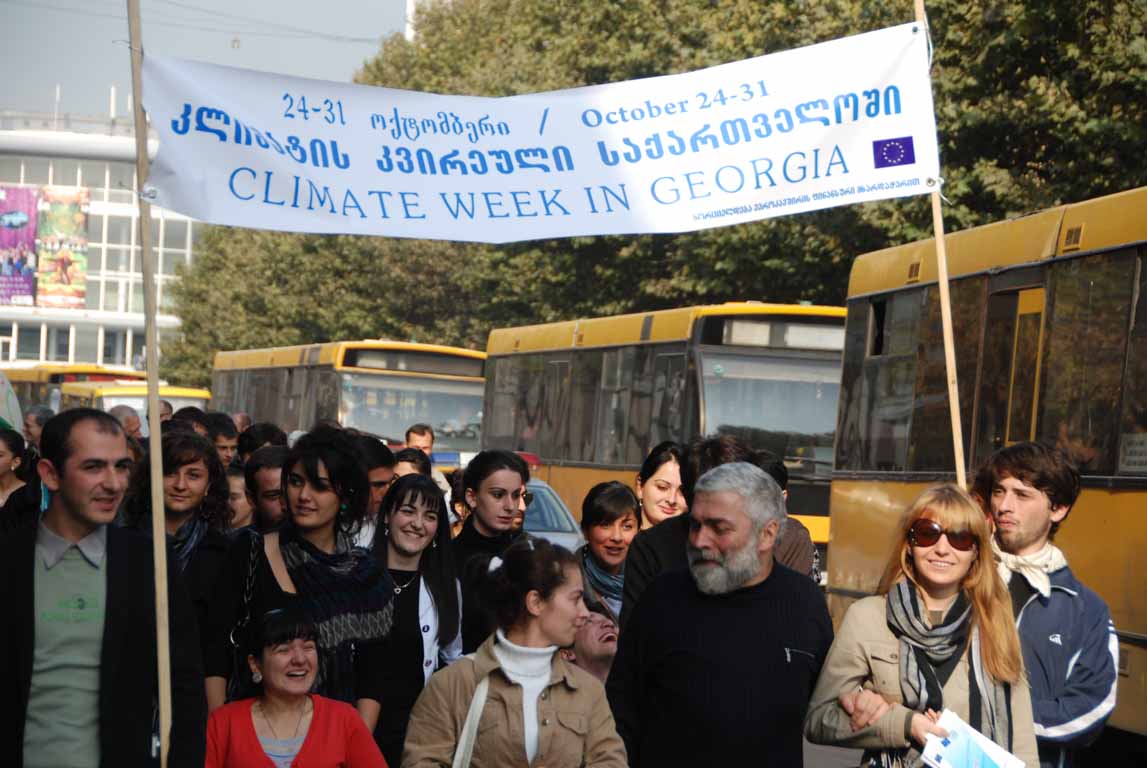 It was heartening to see so many people caring about the issue.

Somehow the cars still managed to squeeze down the road much to my annoyance. Obviously the police’s jurisdiction didn’t stretch to 4x4 drivers as one almost knocked me off my bike and the guy shouted out his window at me. I felt sorry for the poor lost soul.

It was a nice event and great to see all the cyclists on the street, something that two years ago was unthinkable. Now it seems that cycling is not only becoming acceptable but popular.

A healthy community has been developing out of the old soviet velodrome and the Mr ‘Kwicher’ the bike mechanic and father of Beso, a very enthusiastic downhill mountain biker - is the orchestrator behind all the cheap bikes and repairs. Watch this space for more local events and head over to the http://www.georidersmtb.com blog for more about local cycling.