On the 5th October I flew to Dubai, UAE to work on exhibition stands at the Gitex technology trade-shows in Dubai and Abu Dhabi. I returned to Dubai on 27th.

This was a great opportunity to finance my Goldsmiths university course, get a change of scenery and be paid to travel somewhere. At first I would have thought Dubai wouldn’t appeal to me but there were many reasons to be intrigued. Travelling there, I at first considered to be a means to an end but it turned out to be a really memorable experience.

My employer offered to fly me out and back then out again because there were 2 shows and a 2 week gap between them. I said to him that I would stay out in Dubai and find Couchsurfers to stay with which added a bit of challenge and excitement. 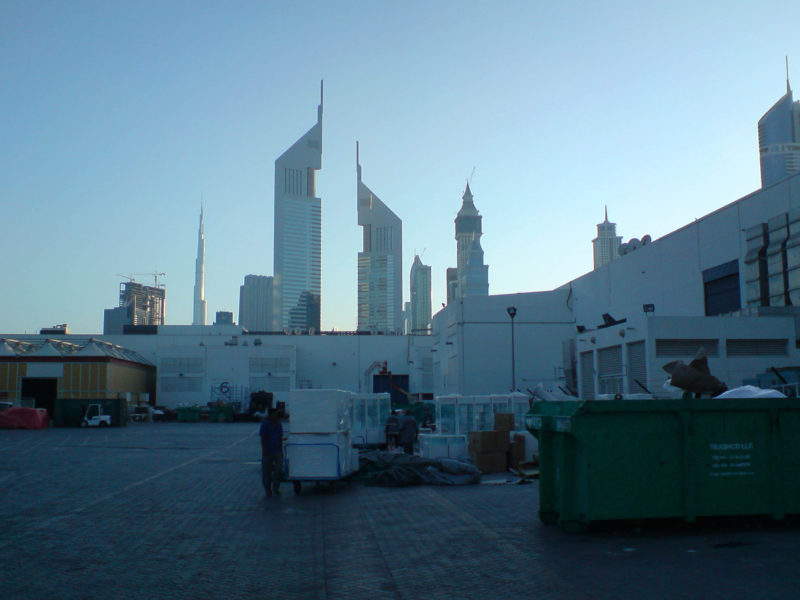 The initial impact of Dubai was of awe and amazement at the unreal-looking architecture. Everything looked so futuristic compared to London. The monorail public transport was like something out of Bladerunner.

The first week I stayed in a hotel, the IBIS hotel in Mall of the Emirates with my colleagues and we worked on the show. Then went out for food and sampled some of the nightlife. Later on, I stayed in Uptown Mirdiv and JBR downtown Dubai.

After going to a club one evening, I tried to walk back to the hotel. After walking for a while through a residential area, I found myself at the side of a motorway behind a large advertisement board. There appeared to be nowhere to cross so I had to call a cab.

I was easily able to find local Couchsurfers and meet some other travellers too. With my first host Vijay, we had an intense and fun time. We went to the beach and to restaurants, sampling a variety of international foods. Actually the entire time I ate in restaurants which did start to cause me to look forward to some home cooking and exercise after a while. We smoked shisha and kept the caffeine levels up, fending off tiredness with iced-coffee.

We visited the old and gold souk and the fish market. There were many Indians working and living there. 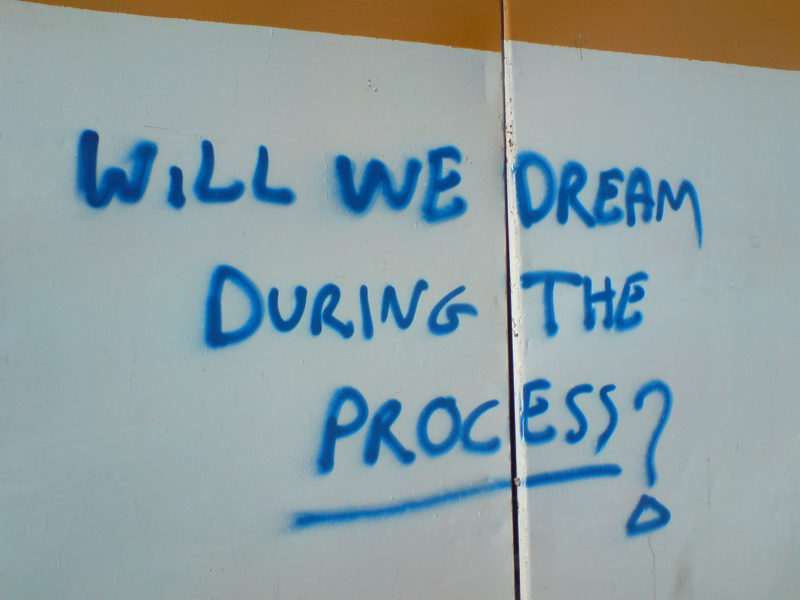 We went out partying and met up with other Couchsurfers. There were many good times shared. I felt like my experience was made many times richer by my interactions with people I met through Couchsurfing. 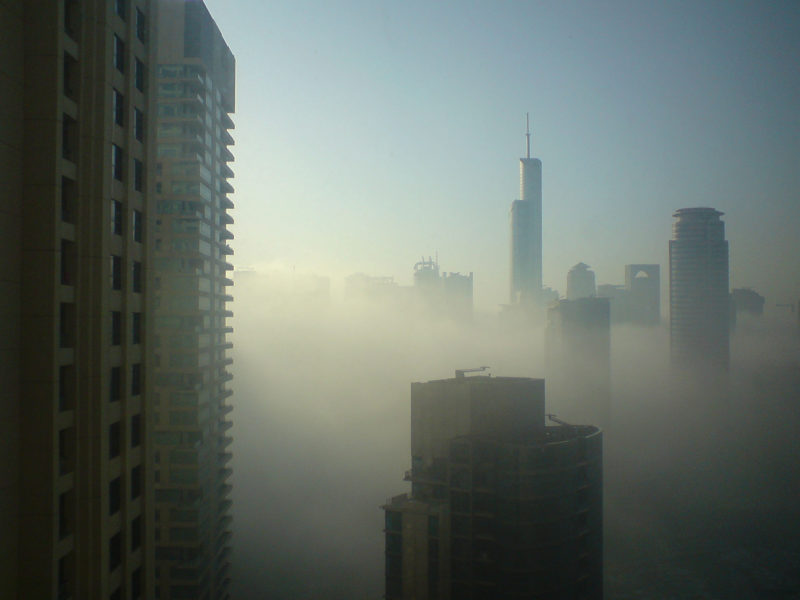 The environment of Dubai was very compelling to me. It was a thrill to be working there and I had a lot of fun. From an architectural point of view, there is so much glass and some of the structures are so impressive and unusual that it boggles the mind as to how they were built.

I was aware of how much I was charmed by the place. It was easy to get swept along with all the flashy sites, cars and experiences. I could basically leave behind my life at home and just focus on enjoying the little bubble that I found myself in.

However, the whole time I was aware that as spectacular as everything is and, as appealing as it was to me as a Westerner, it was a totally different culture and belief system underneath.

It was important to keep that self-awareness as there are stories of Westerners stepping out of line and feeling the consequences. With a bit of reframing it could be possible to see the place in a different light. As I was there for such a short time and I needed a break from routine and some fun, I didn’t dwell too much on that. 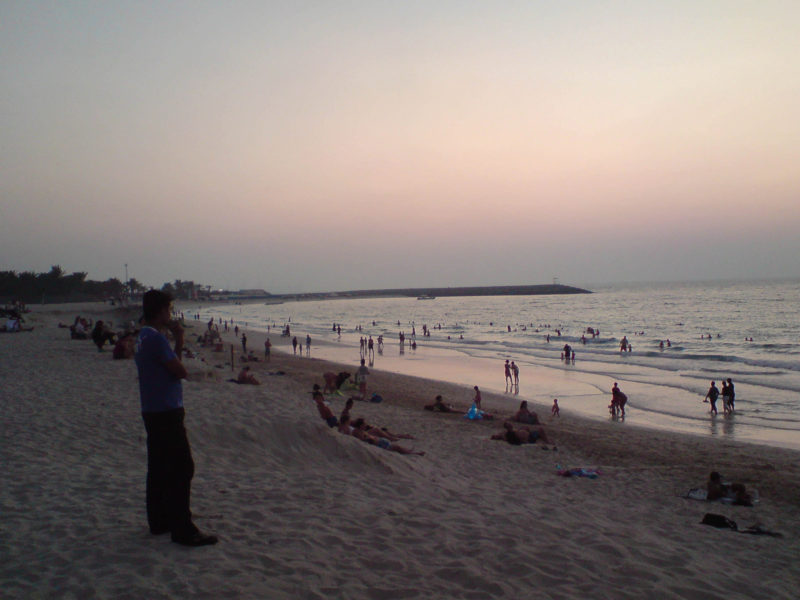 Ironically, could Dubai be an example of how to build a city after large areas have been turned to desert due to global warming? 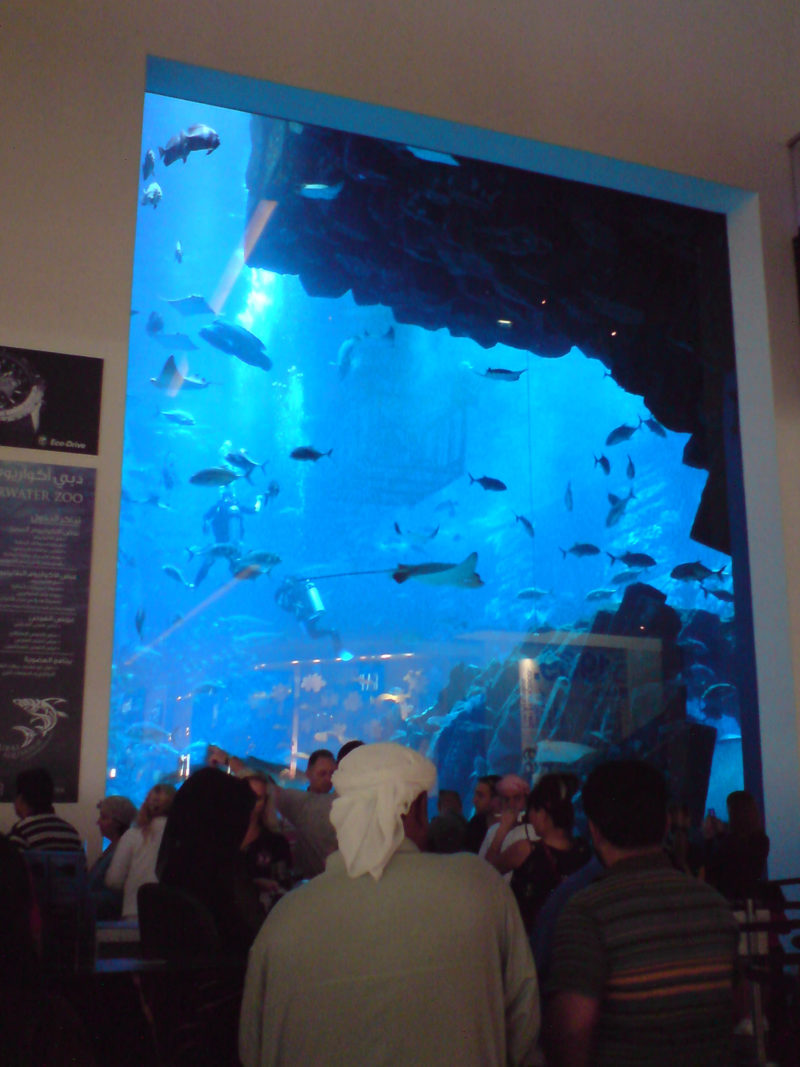 Giant aquarium in the Atlantis hotel.